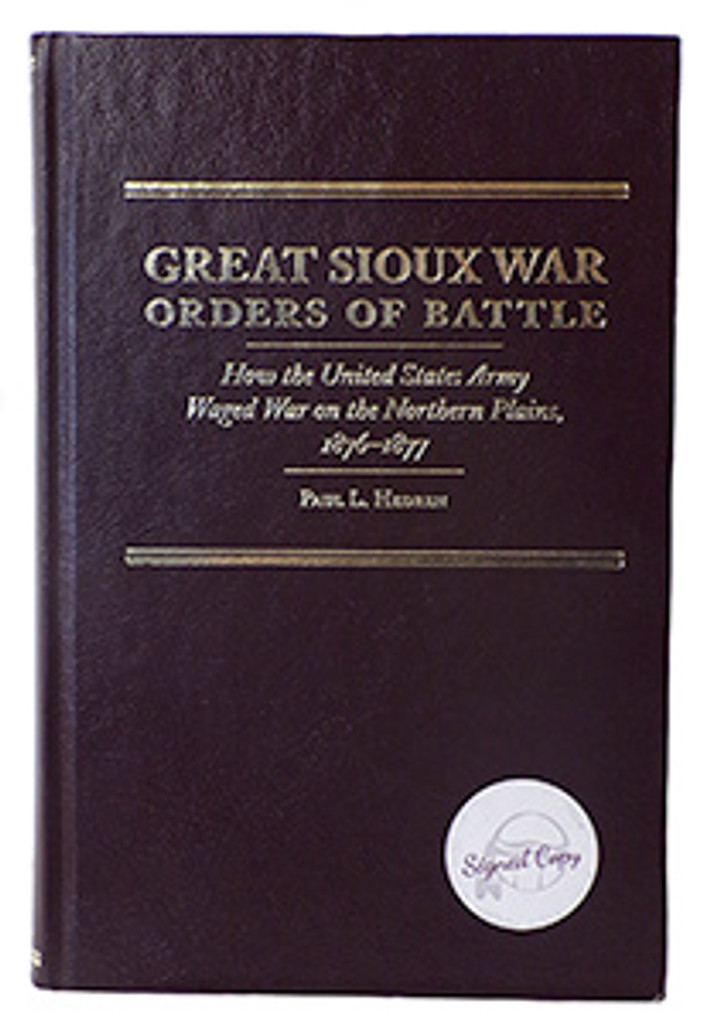 Out of Print Book: Great Sioux War Orders of Battle - How the United States Army Waged War on the Northern Plains, 1876-1877

The book is in good condition, there's only just a little bit of wear and tear on the corners of cover.

This Collector's Edition of the Great Sioux War Orders of Battle has been limited to 55 copies which only 50 are numbered, signed by the author, and offered for sale.  This particular book is number 15 out of the special limited edition 50 copies.

Synopis: Historians are at once captivated and bedeviled by the Great Sioux War of 1876-77, the Indian war which George Armstrong Custer was killed.  In its nearly two-year-long course, this grueling conflict pitted almost one third of the U.S. Army against Lakota Sioux and Northern Cheyennes over issues such as access to the new goldfields of the Black Hills, construction of the northern transcontinental railroad, and fundamental treaty rights that ran counter to any manner of white settlement of the northern plains. Before it ended, the war had played out on twenty-seven different battlefields scattered across a five-state region, cost hundreds of killed and wounded and millions of dollars, and had immediate and lingering transformative impacts on the landscape and on surveyors on both sides.