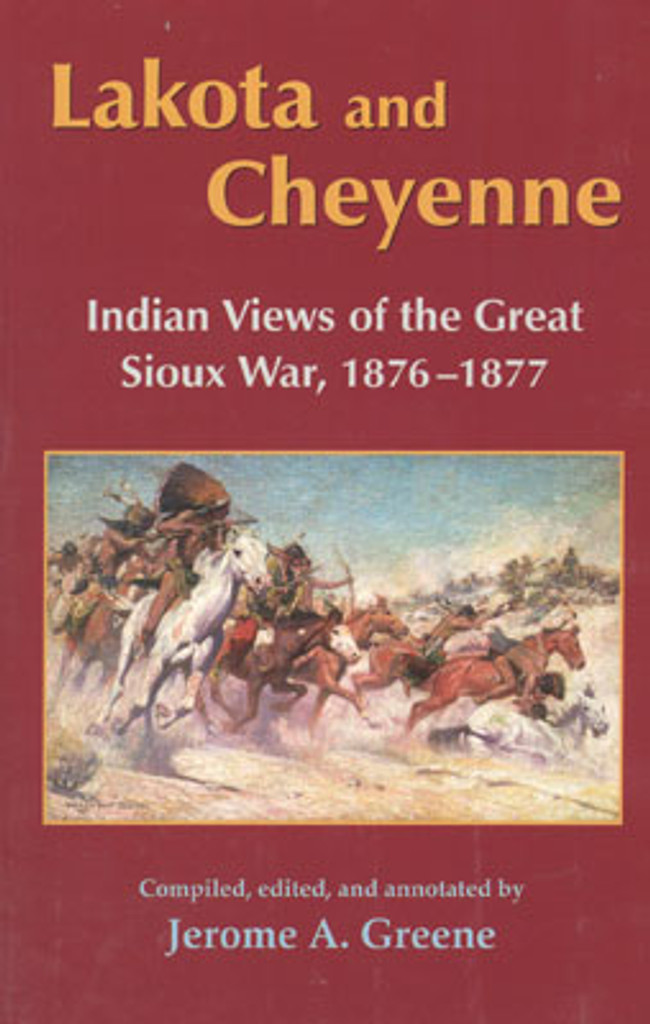 Indian views of the Great Sioux War, 1876-1877. The Great Sioux War comprised a series of sequential battles and skirmishes that arrayed elements of the U.S. Army against diverse tribes of Teton, or Western Sioux and Northern Cheyenne Indians during a period of fifteen months from March 1876 through May 1877.

The conflict embraced fifteen encounters of varying magnitude that ranged across an extensive landscape encompassing parts of present day Montana, Wyoming, Nebraska and South Dakota. The war evolved from the inexorable movement of whites onto lands claimed by the Sioux ands Cheyennes (as well as other tribes) on the northern Great Plains. Its conclusion saw the intertribal coalition sundered, its people scattered among reservations in Dakota Territory, Nebraska and the Indian Territory (present Oklahoma) or refuged in Canada. Greene presents a comprehensive overview of America's largest Indian war from the point of view of the Lakotas and Northern Cheyennes. This book presents the Indians' report on the actions that ended their traditional way of life for all time.

Out of Print Book: Great Sioux War Orders of Battle - How the United States Army Waged War on the Northern Plains, 1876-1877