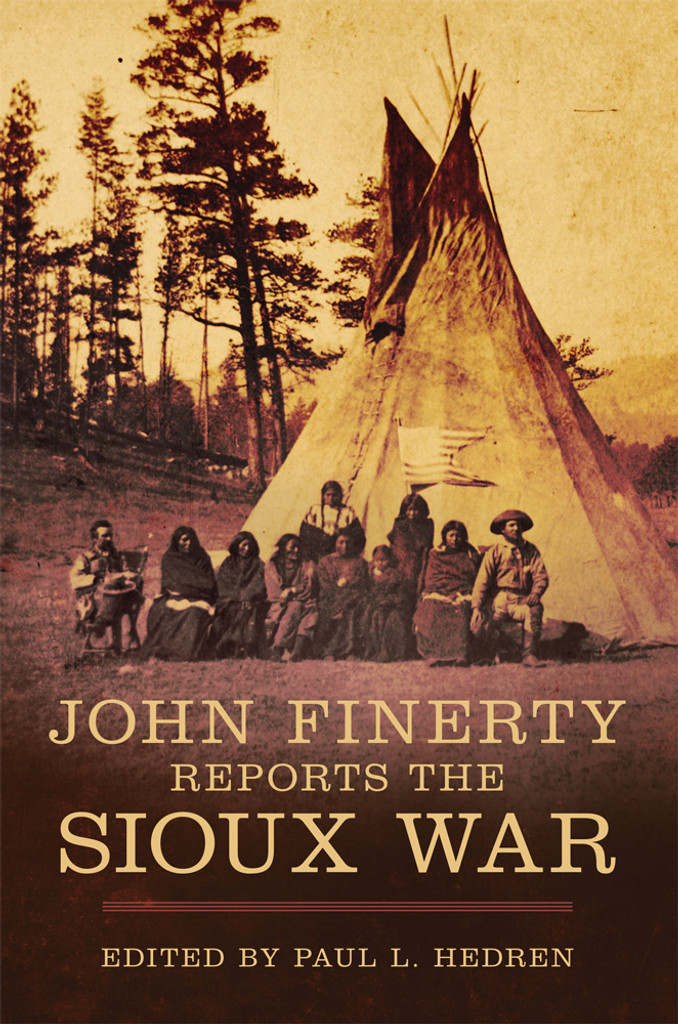 In War-Path and Bivouac, published in 1890, John Finerty (1846–1908) recalled his summer following George Crook’s infamous campaign against the Sioux in 1876. Historians have long surmised that Finerty’s correspondence covering the campaign for the Chicago Times reappeared in its entirety in Finerty’s celebrated book. But that turns out not to be the case, as readers will discover in this remarkable volume.

In print at last, this collection of Finerty’s letters and telegrams to his hometown newspaper, written from the field during Crook’s campaign, conveys the full extent of the reporter’s experience and observations during this time of great excitement and upheaval in the West. An introduction and annotations by Paul L. Hedren, a lifelong historian of the period, provide ample biographical and historical background for Finerty’s account.

Four times under fire, giving as well as he got, Finerty reported on the action with the immediacy of an unfolding wartime story. To his riveting dispatches on the Rosebud and Slim Buttes battles, this collection adds accounts of the lesser-known Sibley scout and the tortures of the campaign trail, penned by a keen-eyed newsman who rode at the front through virtually all of the action. Here, too, is an intimate look at the Black Hills gold rush and at principal towns like Deadwood and Custer City, captured in the earliest moments of their colorful history.