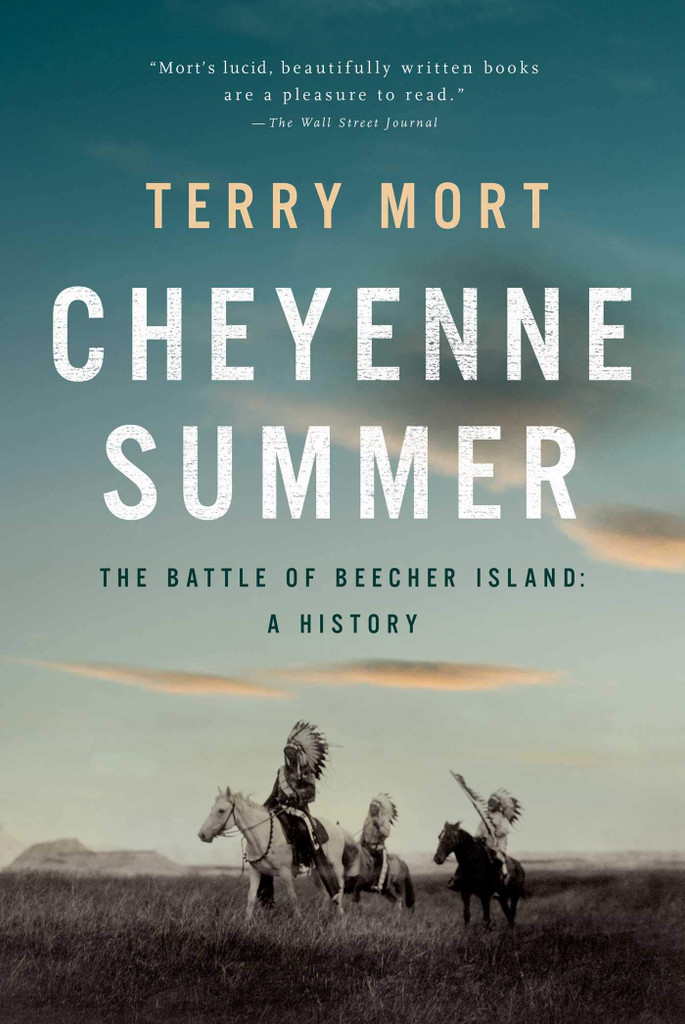 Cheyenne Summer: The Battle of Beecher Island: A History (Book)

In September 1868, the undermanned United States Army was struggling to address attacks by Cheyenne and Sioux warriors against the Kansas settlements, the stagecoach routes, and the transcontinental railroad.  General Sheridan hired fifty frontiersmen and scouts to supplement his limited forces.  He placed them under the command of Major George Forsyth and Lieutenant Frederick Beecher.  Both men were army officers and Civil War veterans with outstanding records.  Their orders were to find the Cheyenne raiders and, if practicable, to attack them.

Their patrol left Fort Wallace, the westernmost post in Kansas, and headed northwest into Colorado.  After a week or so of following various trails, they were at the limit of their supplies—for both men and horses.  They camped along the narrow Arikaree Fork of the Republican River.   In the early morning they were surprised and attacked by a force of Cheyenne and Sioux warriors.

The scouts hurried to a small, sandy island in the shallow river and dug in.  Eventually they were surrounded by as many as six hundred warriors, led for a time by the famous Cheyenne, Roman Nose.  The fighting lasted four days.  Half the scouts were killed or wounded.  The Cheyenne lost nine warriors, including Roman Nose. Forsyth asked for volunteers to go for help.  Two pairs of men set out at night for Fort Wallace—one hundred miles away.  They were on foot and managed to slip through the Cheyenne lines.  The rest of the scouts held out on the island for nine days.  All their horses had been killed. Their food was gone and the meat from the horses was spoiled by the intense heat of the plains.  The wounded were suffering from lack of medical supplies, and all were on the verge of starvation when they were rescued by elements of the Tenth Cavalry—the famous Buffalo Soldiers.

Although the battle of Beecher Island was a small incident in the history of western conflict, the story brings together all of the important elements of the Western frontier—most notably the political and economic factors that led to the clash with the Natives and the cultural imperatives that motivated the Cheyenne, the white settlers, and the regular soldiers, both white and black.  More fundamentally, it is a story of human heroism exhibited by warriors on both sides of the dramatic conflict...