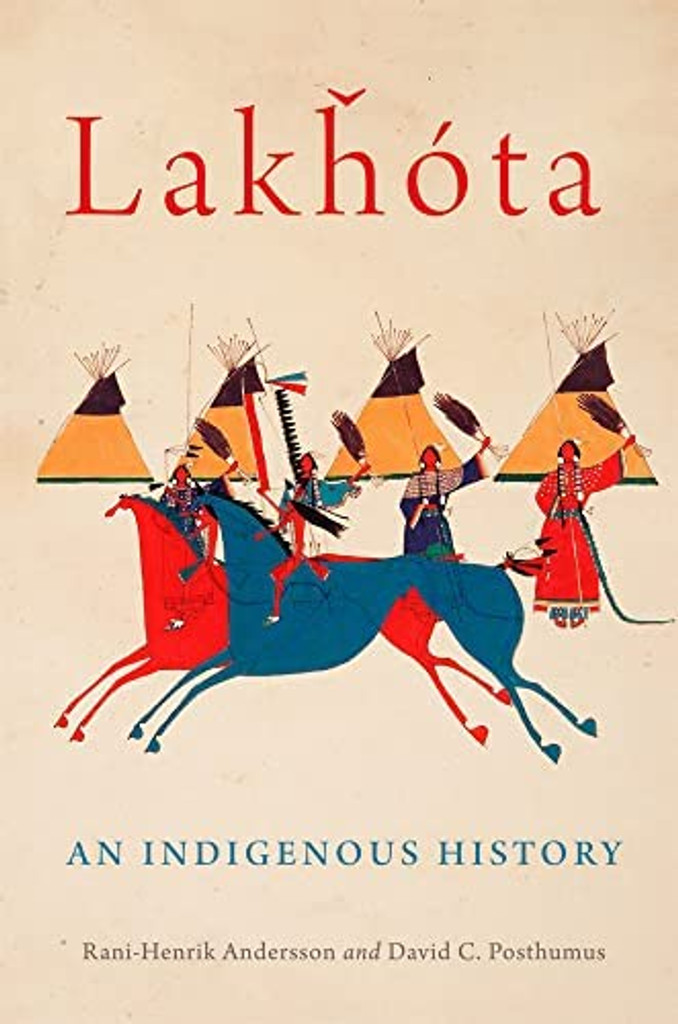 The Lakhota are among the best-known Native American peoples. In popular culture and even many scholarly works, they were once lumped together with others and called the Sioux. This book tells the full story of Lakhota culture and society, from their origins to the twenty-first century, drawing on Lakhota voices and perspectives.

In Lakhota culture, “listening” is a cardinal virtue, connoting respect, and here authors Rani-Henrik Andersson and David C. Posthumus listen to the Lakhota, both past and present. The history of Lakhota culture unfolds in this narrative as the people lived it.

Fittingly, Lakhota: An Indigenous History opens with an origin story, that of White Buffalo Calf Woman (Ptesanwin) and her gift of the sacred pipe to the Lakhota people. Drawing on winter counts, oral traditions and histories, and Lakhota letters and speeches, the narrative proceeds through such periods and events as early Lakhota-European trading, the creation of the Great Sioux Reservation, Christian missionization, the Plains Indian Wars, the Ghost Dance and Wounded Knee (1890), the Indian New Deal, and self-determination, as well as recent challenges like the #NoDAPL movement and management of Covid-19 on reservations. This book centers Lakhota experience, as when it shifts the focus of the Battle of Little Bighorn from Custer to fifteen-year-old Black Elk, or puts American Horse at the heart of the negotiations with the Crook Commission, or explains the Lakhota agenda in negotiating the Fort Laramie Treaty in 1851.

The picture that emerges—of continuity and change in Lakhota culture from its distant beginnings to issues in our day—is as sweeping and intimate, and as deeply complex, as the lived history it encompasses.