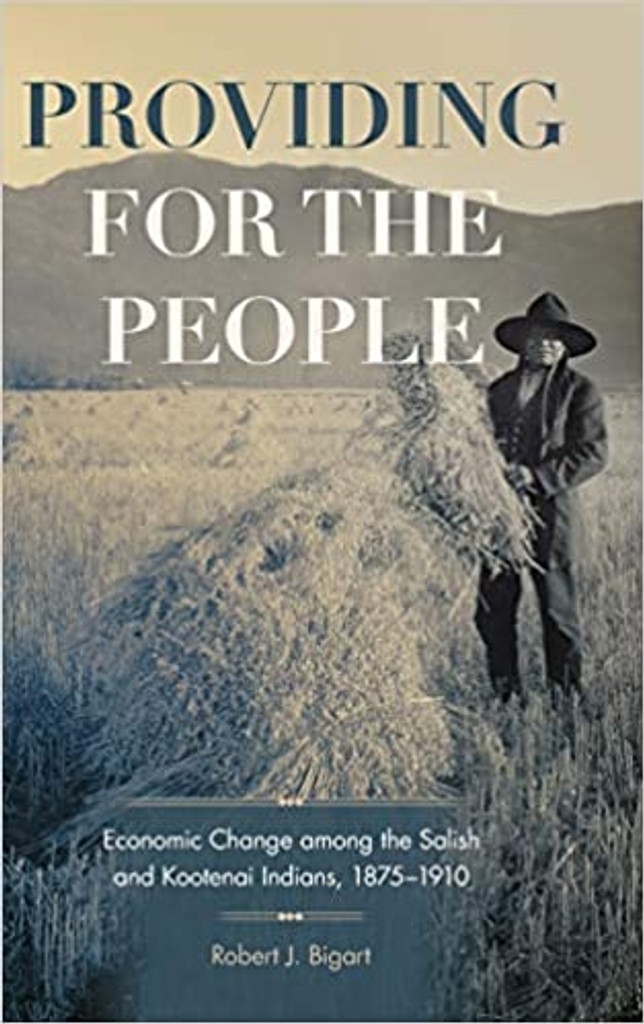 Book - Providing for the People: Economic Change among the Salish and Kootenai Indians, 1875–1910

The years between 1875 and 1910 saw a revolution in the economy of the Flathead Reservation, home to the Salish and Kootenai Indians. In 1875 the  tribes had supported themselves through hunting—especially buffalo—and gathering. Thirty-five years later, cattle herds and farming were the foundation of their economy. Providing for the People tells the story of this transformation. Author Robert J. Bigart describes how the Salish and Kootenai tribes overcame daunting odds to maintain their independence and integrity through this dramatic transition—how, relying on their own initiatives and labor, they managed to adjust and adapt to a new political and economic order.

Major changes in the Flathead Reservation economy were accompanied by the growing power of the Flathead Indian Agent. Tribal members neither sought nor desired the new order of things, but as Bigart makes clear, they never stopped fighting to maintain their economic independence and self-support. The tribes did not receive general rations and did not allow the government to take control of their food supply. Instead, most government aid was bartered in exchange for products used in running the agency.

Providing for the People presents a deeply researched, finely detailed account of the economic and diplomatic strategies that distinguished the Flathead Reservation Indians at a time of overwhelming and complex challenges to Native American tribes and traditions.

VOLUME 280 IN THE CIVILIZATION OF THE AMERICAN INDIAN SERIES

Book: Being and Becoming Ute - The Story of an American Indian People