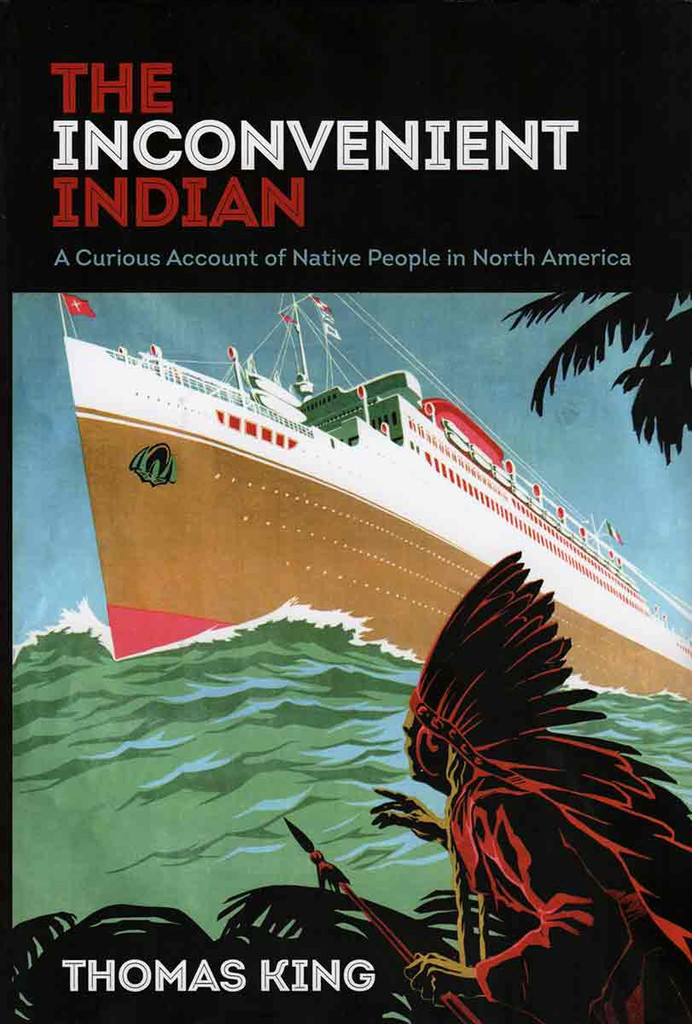 Ranging freely across the centuries and the Canada-U.S. border, King debunks stories of Indian savagery and White heroism, takes an oblique look at Indians (and cowboys) in film and popular culture, wrestles with the history of Native American resistance and his own experiences as a Native rights activist and articulates a profound, revolutionary understanding of the cumulative effects of ever shifting laws and treaties on Native peoples and lands.

Review by Brittany: In this book the author states that: when most of us think of history, we often think it’s the past. In all actuality, it’s not. History is the stories we tell about the past. But, let’s not sugarcoat it. Most of the history that happened is real, gut wrenching, and gritty. It’s often covered up with fantastical happenings, with larger than life characters that would one day become cultural icons. However, these cultural icons are only remembered based on the way they kicked the metaphorical bucket. If they didn’t die tragically or heroically like that of Crazy Horse or Sitting Bull to name a few, then their value as cultural icons was substantially limited. Their deaths don’t paint the real picture of what inspirational men they truly were while facing real struggles when they were alive. Moreover, the author also states that popular history tends to ignore the aid and focus instead on the trouble indigenous people supposedly have caused which is regrettably a very ignorant interpretation. The Native people that have attempted to bridge the gap between red and white mentalities are really never properly acknowledged or they’re downplayed so much that they’re forgotten, erased right off the pages of history. Yet, history cannot be forgotten! As a people, we must learn from our past to enrich our futures, enabling us to be open-minded and embrace our cultures and traditions no matter how different they may be to one another. It doesn’t matter if we’re red, white, black, or brown. We must silence the ignorance, the hate, the racial injustice that this continent is plagued with. In essence, this book is a manifestation of how the world is so skewed about its history that sometimes we just take it for face value. Furthermore, it emphasizes that change is needed right now in the present because pretty soon it might be too late! So, how can we make for a better history? We take it one day at a time by making positive changes through Native and non-Native relationships to open doors for understanding and acceptance. As a result, this book makes us think about the future and not just our future, but a future for the generations that come after us. We want our future generations to look back on history and see something worthwhile and not something riddled with tragedy and devastation.

Under Prairie Skies: The Plants and Native Peoples of the Northern Plains (book)