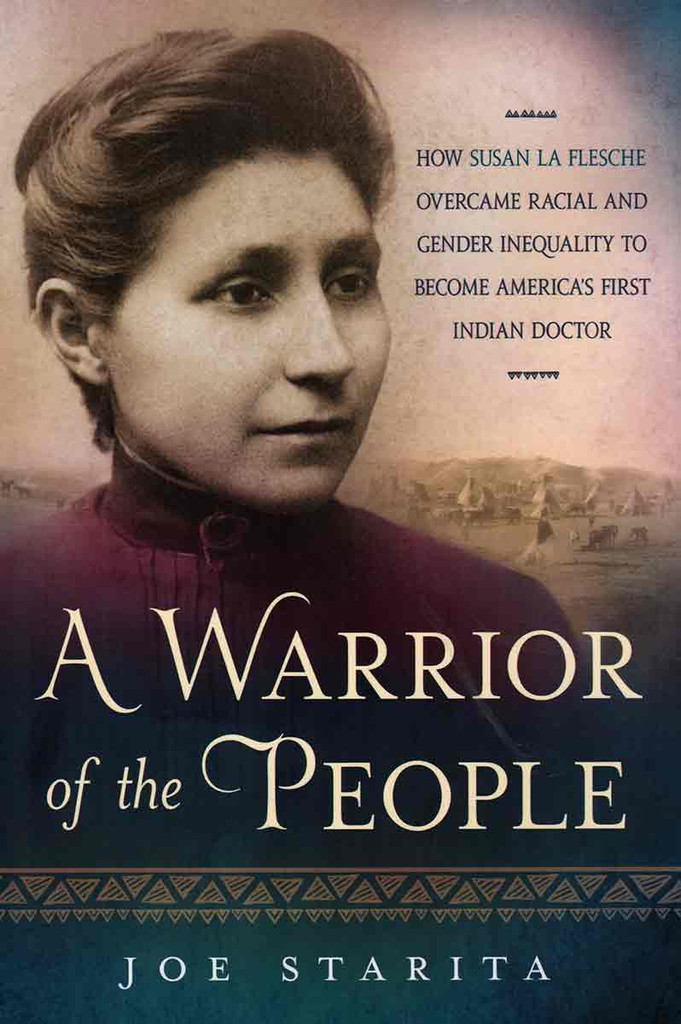 "A nation is not conquered until the hearts of its women are on the ground. Then it is finished no matter how brave its warriors or how strong their weapons." ~Cheyenne Proverb This is the story of how Susan La Flesche overcame racial and gender inequality to become America's first Indian doctor.

On March 14, 1889, Susan La Flesche received her medical degree, becoming the first Native American doctor in U.S. history. She earned her degree thirty-one years before women could vote and thirty-five years before Indians could become citizens in their own country. By age twenty-six, this fragile but indomitable Indian woman became the doctor to her tribe. Overnight, she acquired 1244 patients scattered across 1350 square miles of rolling countryside with few roads. Her patients often were desperately poor and desperately sick - tuberculosis, smallpox, measles, influenza - with families scattered miles apart, whose last hope was a young woman who spoke their language and knew their customs. This is the story of an Indian woman who effectively became the chief of an entrenched patriarchal tribe, the story of a woman who crashed through thick walls of ethnic, racial and gender prejudice, then spent the rest of her life using a unique bicultural identity to improve the lot of her people - physically, emotionally, politically and spiritually. Review by Brittany: Warrior of the People by Joe Starita is an inspirational book for the masses. This story is about Susan La Flesche, a woman born on the Omaha Indian Reservation in 1865, who later persevered through not only racial inequality, but also gender inequality as well. While living in both a white and red world, during the changing times of the 19th century, she went on to become the first female Native American doctor in U.S. history despite all of her opposition. What we can learn from Susan La Flesche’s story is that when all of the world and the people in it beat us and break us down, we do one simple thing: we stare it down with unshakable resolve and say “bring it on”! Essentially, Susan’s story allows for us to grasp the concept that we can do anything we set our minds to. Moreover, we can overcome any obstacle that’s in our way. Whether we’re men, women, black, white, red, or brown – it shouldn’t matter what other people do or say to tear us down. We can only rise above adversity. It is only us that decide our fate. We can’t leave something as precious as our hopes or dreams to the unknown when so many positive opportunities are possible. All we have to do is grab onto our opportunities since they are ours and ours alone.