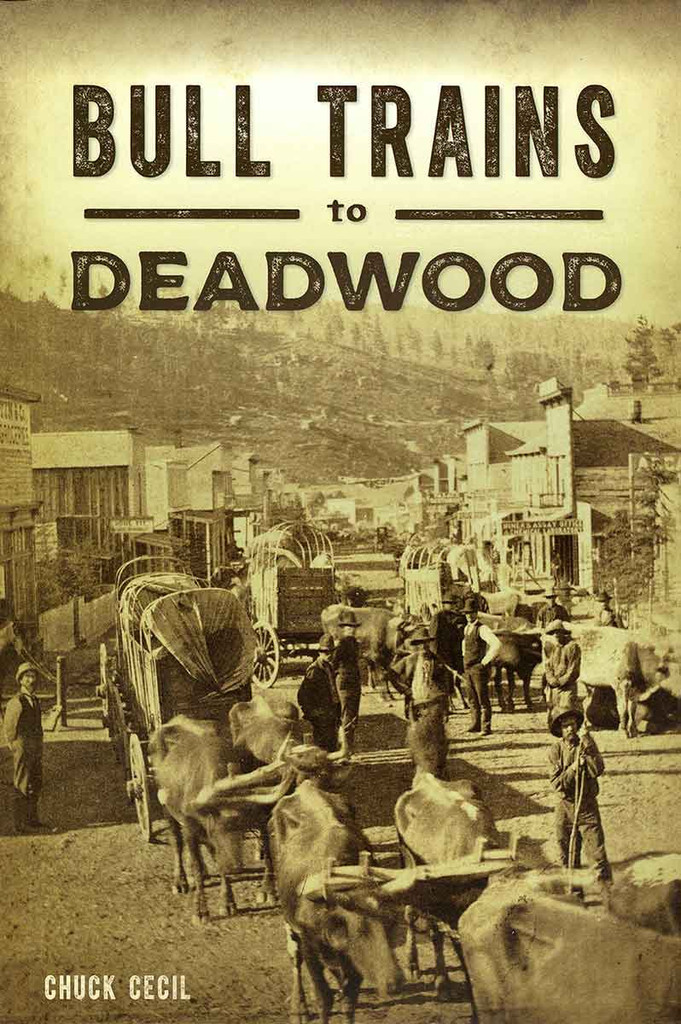 Pandemonium wafted up out of Deadwood Gulch whenever bellowing, muddy oxen teams led wagons rattling into town. For a decade, thousands of bull trains hauled all that miners, settlers and ne'er-do-wells needed to survive in that isolated prairie oasis. The bulls, thousands of them in mile-long, meandering trains, had last known civilization in Fort Pierre, two hundred miles to the east. After weeks on the harsh prairie of the Sioux, the exhausted convoys appeared out of the prairie dust, each team of twenty or more oxen pulling sturdy, white-bonneted wagons filled with provisions. Author Chuck Cecil restores the glory of the near-forgotten yet indispensable symbols of the West that made life possible on the frontier's western fringe.