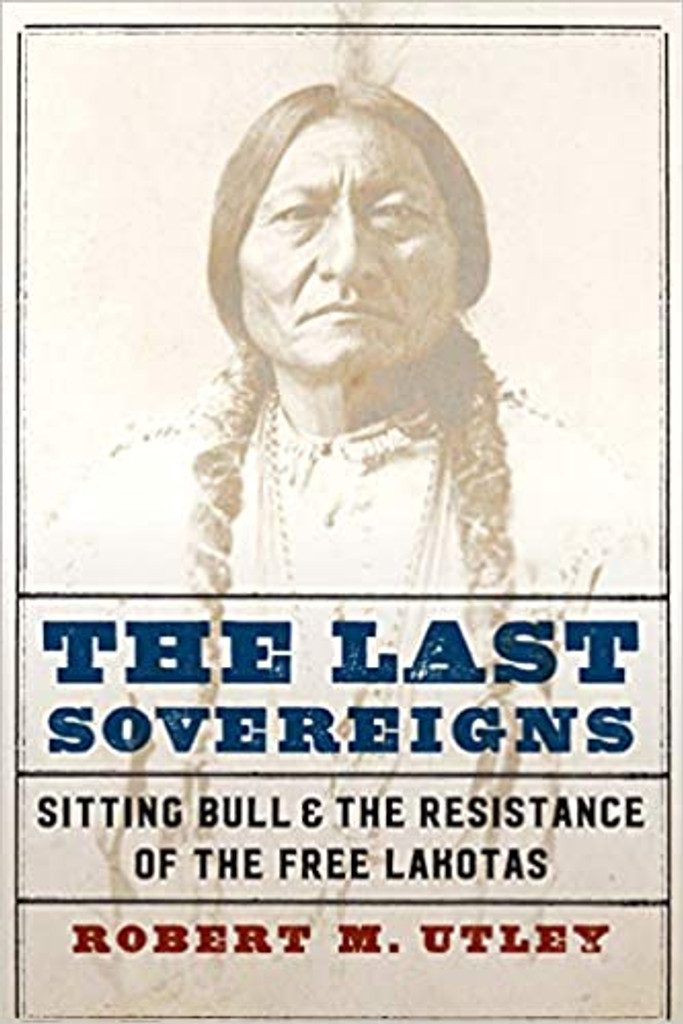 The Last Sovereigns is the story of how Sioux chief Sitting Bull resisted the white man’s ways as a last best hope for the survival of an indigenous way of life on the Great Plains—a nomadic life based on buffalo and indigenous plants scattered across the Sioux’s historical territories that were sacred to him and his people.

Robert M. Utley explores the final four years of Sitting Bull’s life of freedom, from 1877 to 1881. To escape American vengeance for his assumed role in the annihilation of Gen. George Armstrong Custer’s command at the Little Bighorn, Sitting Bull led his Hunkpapa following into Canada. There he and his people interacted with the North-West Mounted Police, in particular Maj. James M. Walsh. The Mounties welcomed the Lakota and permitted them to remain if they promised to abide by the laws and rules of Queen Victoria, the White Mother. But the Canadian government wanted the Indians to return to their homeland and the police made every effort to persuade them to leave. They were aided by the diminishing herds of buffalo on which the Indians relied for sustenance and by the aggressions of Canadian Native groups that also relied on the buffalo.

Sitting Bull and his people endured hostility, tragedy, heartache, indecision, uncertainty, and starvation and responded with stubborn resistance to the loss of their freedom and way of life. In the end, starvation doomed their sovereignty. This is their story.