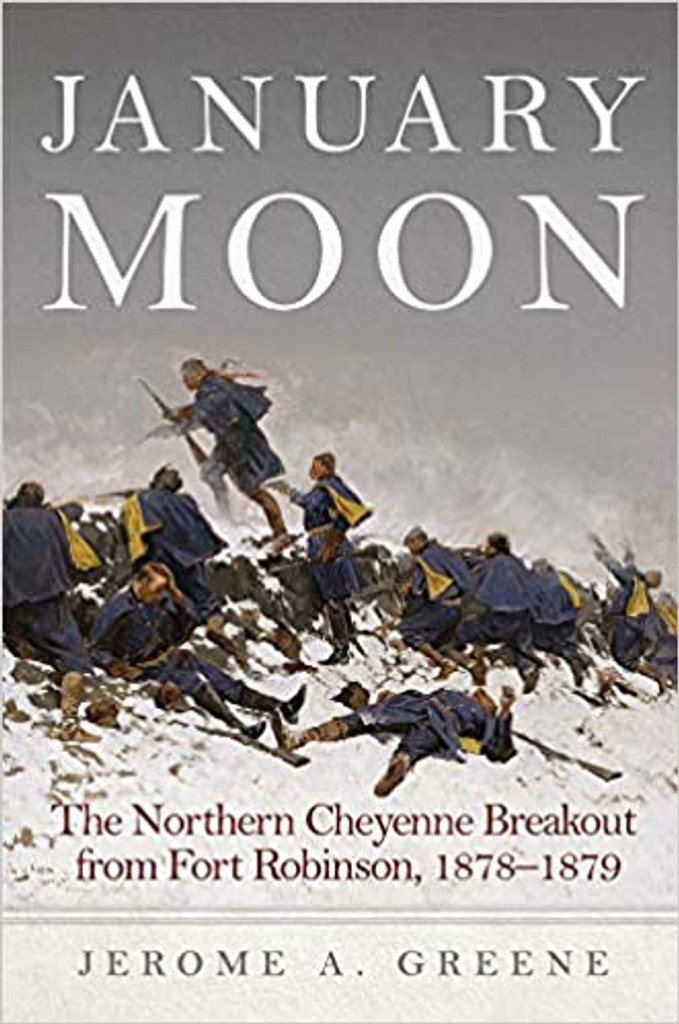 In the wake of the Great Sioux War of 1876–77, the U.S. government expelled most Northern Cheyennes from their northern plains homeland to Indian Territory, in present-day Oklahoma. Following mounting hardships, many of those people, under Chiefs Dull Knife and Little Wolf, broke away, seeking to return north. While Little Wolf’s band managed initially to elude pursuing U.S. troops, Dull Knife’s people were captured in 1878 and ushered into a makeshift barrack prison at Camp (later Fort) Robinson, where they spent months waiting for government officials to decide their fate. It is here that Greene’s riveting narrative edges toward its climax.

On the night of January 9, 1879, in a bloody struggle with troops, Dull Knife’s people staged a massive breakout from their barrack prison in a last-ditch bid for freedom. Greene paints a vivid picture of their frantic escape, which took place under an unusually brilliant moon that doomed many of those fleeing by silhouetting them against the snow. A climactic engagement at Antelope Creek proved especially devastating, and the helpless people were nearly annihilated.

In gripping detail, Greene follows the survivors’ dreadful experiences into their aftermath, including creation of the Northern Cheyenne Reservation. Carrying the story to the present day, he describes Cheyenne tribal events commemorating the breakout—all designed to ensure that the injustices of nineteenth-century U.S. government policy will never be forgotten.