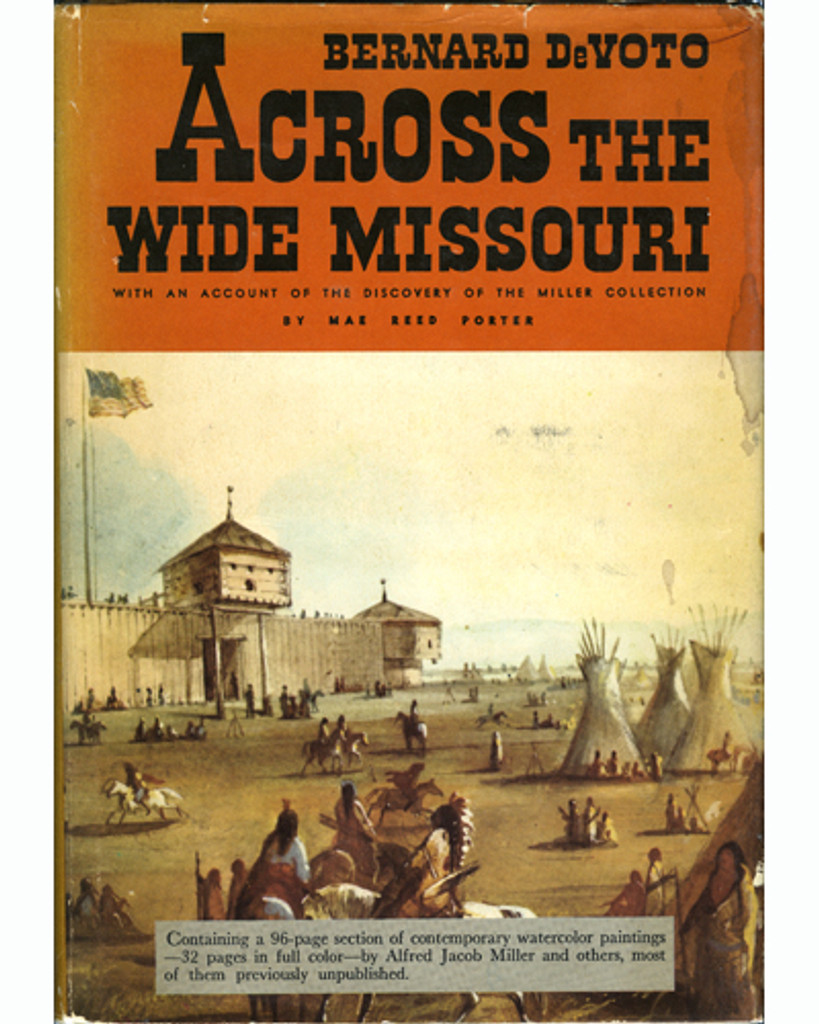 With an account of the discovery of the Miller collection by Mae Reed Porter. This book is also illustrated with paintings by Alfred Jacob Miller, Charles Bodmer and George Catlin. The Rocky Mountain fur trade was the final act in a world drama that began with Champlain, with Columbus, perhaps with the Phoenicians who first broke through the Pillars of Hercules. European man had at last reached the Pacific and conquered all that lay between. In the last violent years of discovery, with which this book deals, the mountain men were sometimes the heroes, sometimes the villains, but they were always the first.

Three quarters of a million square miles were at stake. By the eighteen-thirties (the period of this history), the French and Spanish empires were dead and the fight had narrowed down to Great Britain and the United States. In "ACROSS THE WIDE MISSOURI," Bernard DeVoto shows the decisive actions - from Astoria, through the Hudson's Bay Company advance, the coming of the missionaries - by which the United States won the empire of the West. This is the story of the mountain men in the climatic years 1833-38, with special focus on the expedition headed by a Scottish sportsman, William Drummond Stewart, who had the foresight to take with him a talented young artist, Alfred Jacob Miller - and who thereby brought back a unique pictorial history of the early West.