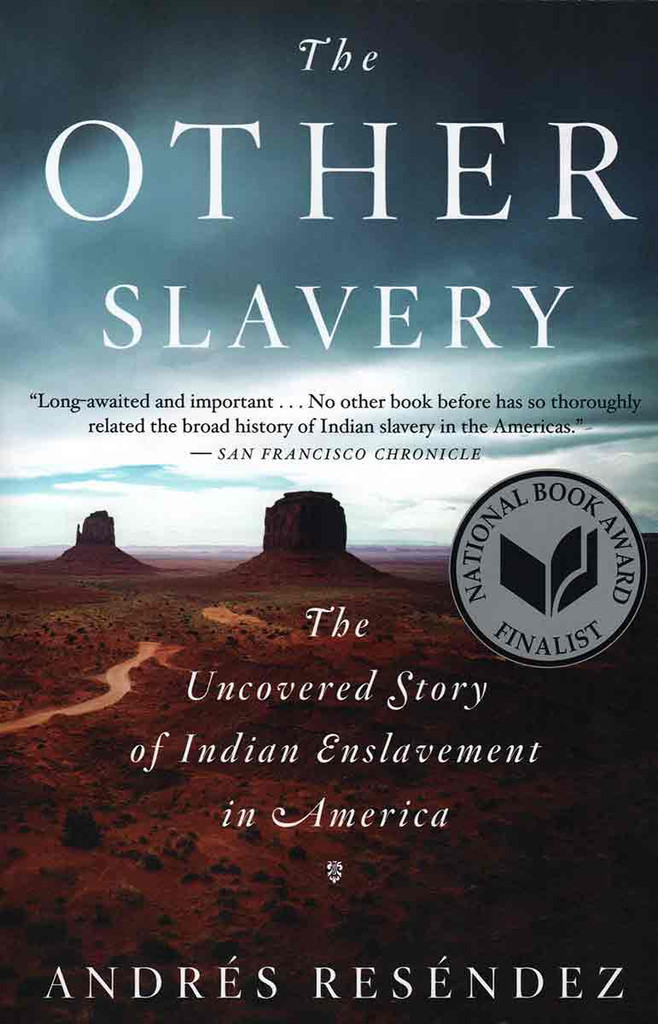 Since the time of Columbus, Indian slavery was illegal in much of the American continent. Yet, as Andres Resendez illuminates in his myth-shattering THE OTHER SLAVERY, it was practiced for centuries as an open secret.

There was no abolitionist movement to protect the tens of thousands of Natives who were kidnapped and enslaved by the conquistadors. Resendez builds the incisive case that it was mass slavery, more than epidemics, that decimated Indian populations across North America. Through riveting new evidence, including testimonies of courageous priests, rapacious merchants and Indian captives, THE OTHER SLAVERY reveals nothing less than a key missing piece of American history. For more than two centuries we have fought over, abolished and tried to come to grips with African American slavery. It is time for the West to confront an entirely separate, equally devastating enslavement we have long failed truly to see.

Review by Brittany:
The Other Slavery: the Uncovered Story of Indian Enslavement in America by Andrés Reséndez is a book that sheds some new light on some of the dark dealings of America’s past in regards to slavery. When people speak of slavery, they normally think of brutal African slavery. But, what history won’t tell you about is the very wide spread, illicit slave trade of Native men, women, and children. In fact, women and children were considered more valuable than men from the Caribbean to California and all points in between. For example, women would either be forced to work as domestics or were sold to brothels. On top of that, they were also used as breeders for more labor. As for the children, they were seen as trainable and as a means to long lasting servitude.  So persistent and widespread was Indian slavery that ending it proved nearly impossible. As a result, this particular book is nothing short of a missing piece of America’s underlying history.