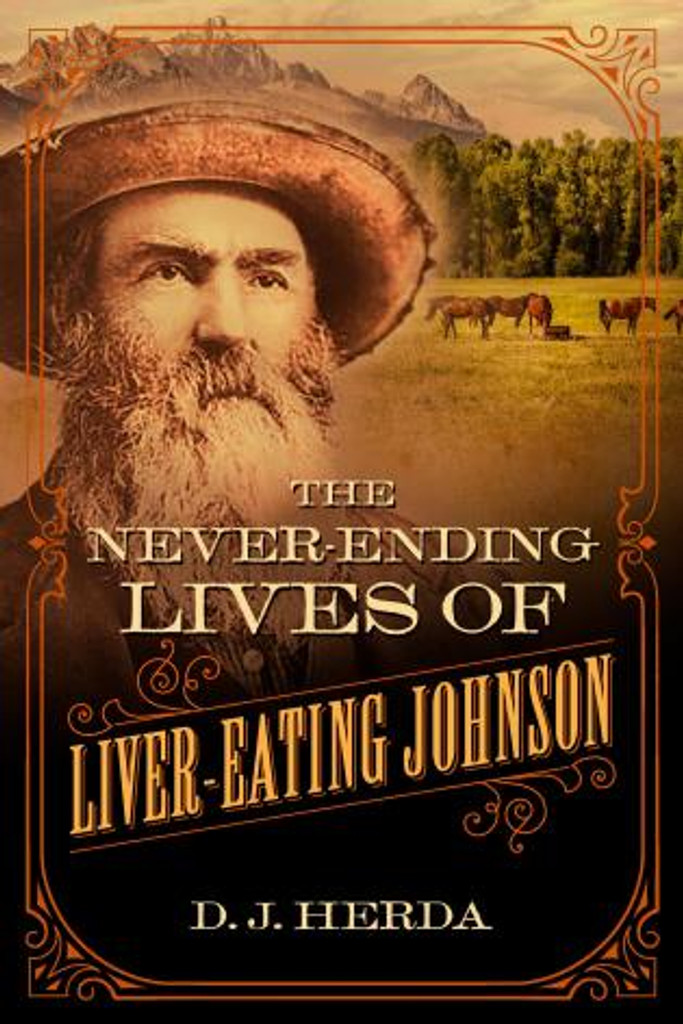 Throughout his life, John Johnston was known by several names, including “Crow Killer” and “Liver-Eating Johnson” (without the “t”), names he earned through his penchant for killing Crow Indians before cutting out and eating their livers.

Born around 1824 in New Jersey, Johnston headed west after deserting from the U.S. Navy and became a well-known and infamous mountain man. His many lives would involve him working as a miner, hunter, trapper, bootlegger, woodcutter, and army scout. When his Flathead Indian wife and child were killed by Crow Indians while he was away hunting and trapping, he swore to avenge their deaths and began his next life as a man after revenge . He killed hundreds and earned his nickname because he was said to cut out and eat his victims’ livers. Twenty-five years after his wife’s death, his life would take another turn when he joined the Union Army in Missouri. And that was just the start of his second act.

***********
To say John “Liver-Eating” Johnson had a rough and tumble life as well-known mountain man is an understatement. He even had a movie about him starring Robert Redford. During his life he also had many professions which included working as miner, wood cutter, bootlegger, trapper, hunter, army scout, and a U.S. Navy man. However, it was his desertion from the Navy that would lead him to the west where he would become known as an infamous mountain man who ate the livers of his enemies! So, the legend goes how Johnson got his notorious monikers such as: “Dapiek Absaroka” by the Indians, “Crow Killer” and “Liver-Eating Johnson” (or “Liver-Eater” for short) by the whites was that Johnson had a penchant for killing Crow Indians where he cut and at their livers. The legend was actually rumored based on the fact that in an act of revenge on a band of Crow Indians who had killed his young Flathead (Salish) wife and unborn child in 1847, he tracked the would-be assassins down, killed, them, and ate their livers!

In addition, there were several people that knew and saw Johnson and contributed to the lore of the legendary liver eater. On one hand, some of the contributions were in fact justified, on the other hand some weren’t. For instance, one witness (George Powell) said how Johnson got his nickname was that when during a skirmish near the Musselshell river with some Sioux Indians – a brave was charging for Johnson with a big war club and before the brave could deal the killing blow, Johnson drops his rifle and quick as a flash grabs for his revolver and shoots the brave right in the heart/chest. Then Johnson grabs his knife that was described almost like a meat cleaver, cuts the brave open exposing his liver and ripping it firmly from his body. Johnson holds the bleeding liver up above his head and turns around to the rest of his fighting party and asks them “How would you like to have some fresh liver for supper?” Then, Johnson proceeds to walk away and throw the liver nonchalantly in the nearby bushes…George Powell doesn’t actually see Johnson eat it.

Another witness (John X. Beidler) stated that there was a time where a Ree (Arikara) Indian came into Fort Buford one afternoon and hunted up Johnson, who was a government scout and a mail carrier at the time between the upriver forts. The Ree told Johnson that friend and long-time partner Bill Jones was killed by a renegade outcast Mandan Indian while returning from Fort Stevenson to Buford with the mail. Jones had been ambushed by a Mandan named Black Feather, and Jones was then found dead and scalped beside his horse. Johnson actually knew of Black Feather and promised retribution for his dead friend. Long story short – Johnson tracked down Black Feather after three days. First, he shot and killed Black Feather’s horse then proceeded to fight, and then Johnson got the upper-hand where he scalped and slowly killed Black Feather while ripping out his liver and taking a bite out of it. While Johnson was cutting open Black Feather he said, “Now you know why they call me Liver-Eating Johnson and I am proud of the name.”

Just like with all legendary people of the west like Wild Bill Hickok, Calamity Jane, Buffalo Bill, Doc Holiday and a slew of others, Johnson’s lore definitely had some creative embellishment, stories that rang with real truths. But regardless of who said or saw what, Johnson lived up to his “Liver-Eating” moniker and was truly a larger than life mountain man.