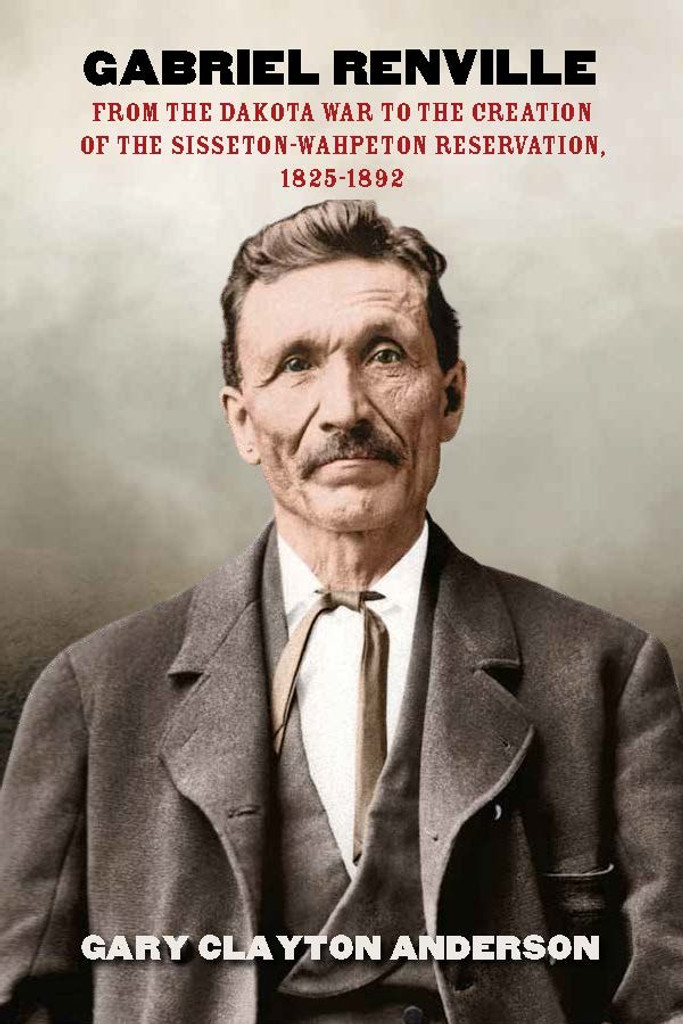 Born on the shores of Big Stone Lake in modern-day South Dakota, Gabriel Renville (1825 1892) was a Sisseton-Wahpeton leader who opposed conflict with the United States during the Dakota War of 1862. He worked tirelessly to create and maintain a space for his people throughout his life. Credited with the creation of the Lake Traverse Indian Reservation in 1867, Renville was a man of contrasts. Of European and Dakota descent, he adopted Christianity yet refused to abandon the Dakota Medicine Society. He held fast to kinship obligations even as he courted capitalism. He won favor among white missionaries and Indian agents for promoting their ideas about hard work even as he frustrated them with his love of dancing and feasting. He clung to traditional lifeways while also committing to the economic progress that made the Sisseton-Wahpeton reservation a prime example of what the Bureau of Indian Affairs called its Civilization Program. Whether scouting under General Henry Sibley or serving as head chief of his people, Renville remained committed to traditional Dakota ethics even as he embraced the change he and others believed was needed to survive in the coming twentieth century. In the first-ever biography of Gabriel Renville, Gary Clayton Anderson scrutinizes primary sources to illuminate the life and motivations of the Sisseton-Wahpeton chief as he navigated a world in flux.