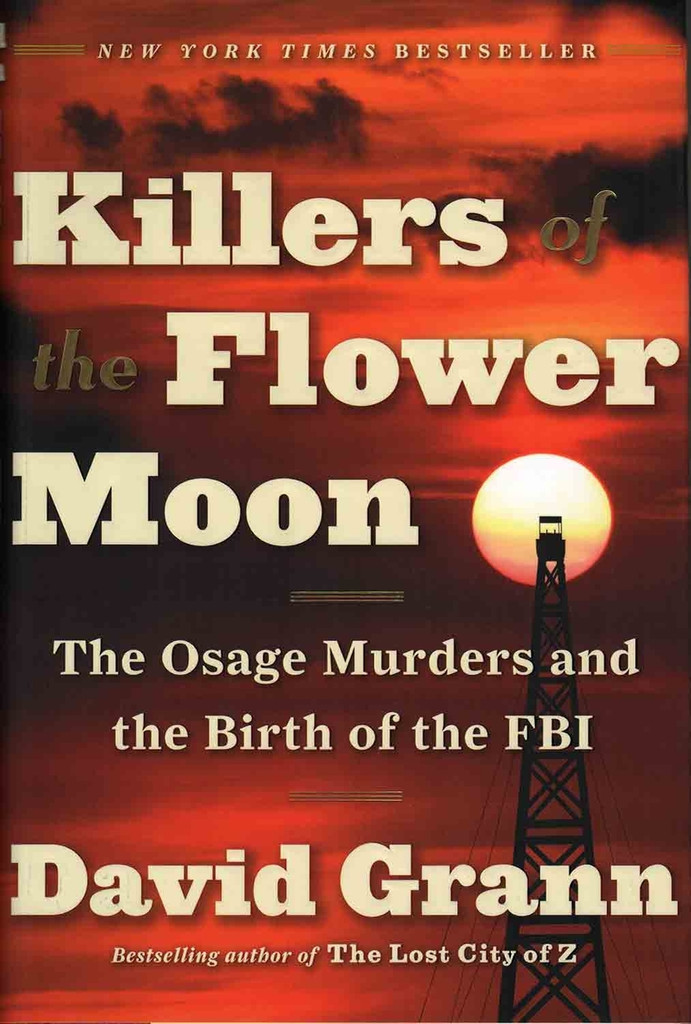 In the 1920s, the richest people per capita in the world were members of the Osage Indian nation in Oklahoma. After oil was discovered beneath their land, they rode in chauffeured automobiles, built mansions, and sent their children to study in Europe.

In Killers of the Flower Moon, David Grann revisits a shocking series of crimes in which dozens of people were murdered in cold blood. Based on years of research and startling new evidence, the book is a masterpiece of narrative nonfiction, as each step in the investigation reveals a series of sinister secrets and reversals. But more than that, it is a searing indictment of the callousness and prejudice toward American Indians that allowed the murderers to operate with impunity for so long. Killers of the Flower Moon is utterly compelling, but also emotionally devastating. Review by Kevin Alleger: Killers of the Flower Moon – The Osage Murders and the Birth of the FBI, by David Grann, is a terrifying account of how white entitlement over the riches of the American land ruined countless innocent lives within the Osage tribe of Oklahoma. At the beginning of the 20th Century, the federal government forcibly moved the Osage tribe from their original land in and around Arkansas, to reservation land in Oklahoma. This was no place for ‘decent’ white settlers. The arid and rugged terrain of Oklahoma, not suitable for any sustainable farming, was thought to be the ideal area for the government to put the dangerous and savage Osage people. What the government nor the white people didn’t know was that the reservation land that was allotted to the Osage tribe was vastly rich in oil reserves. And since this land was deemed rightfully tribal land, the Osage people became the richest people in the United States. (To this day, although not as rich as they were at the beginning of the century, members of the Osage tribe continue to receive royalties from allotments in oil reserves in their name.) I don’t want to into any detail, as this book is a true-to-life mystery story, where the villains are ‘hidden in plain sight’ and are surprisingly revealed. The narrative focuses on several murders, particularly within one Osage family. What happens to these victims is motivated by baseless and despicable inhumane desires. The local law enforcement, going nowhere in solving the case, recruits the help of the federal government. Led by J. Edgar Hoover, a new group of law enforcement agents is recruited to assist in solving the crimes. The Federal Bureau of Investigation (the FBI) is the result of these investigations.