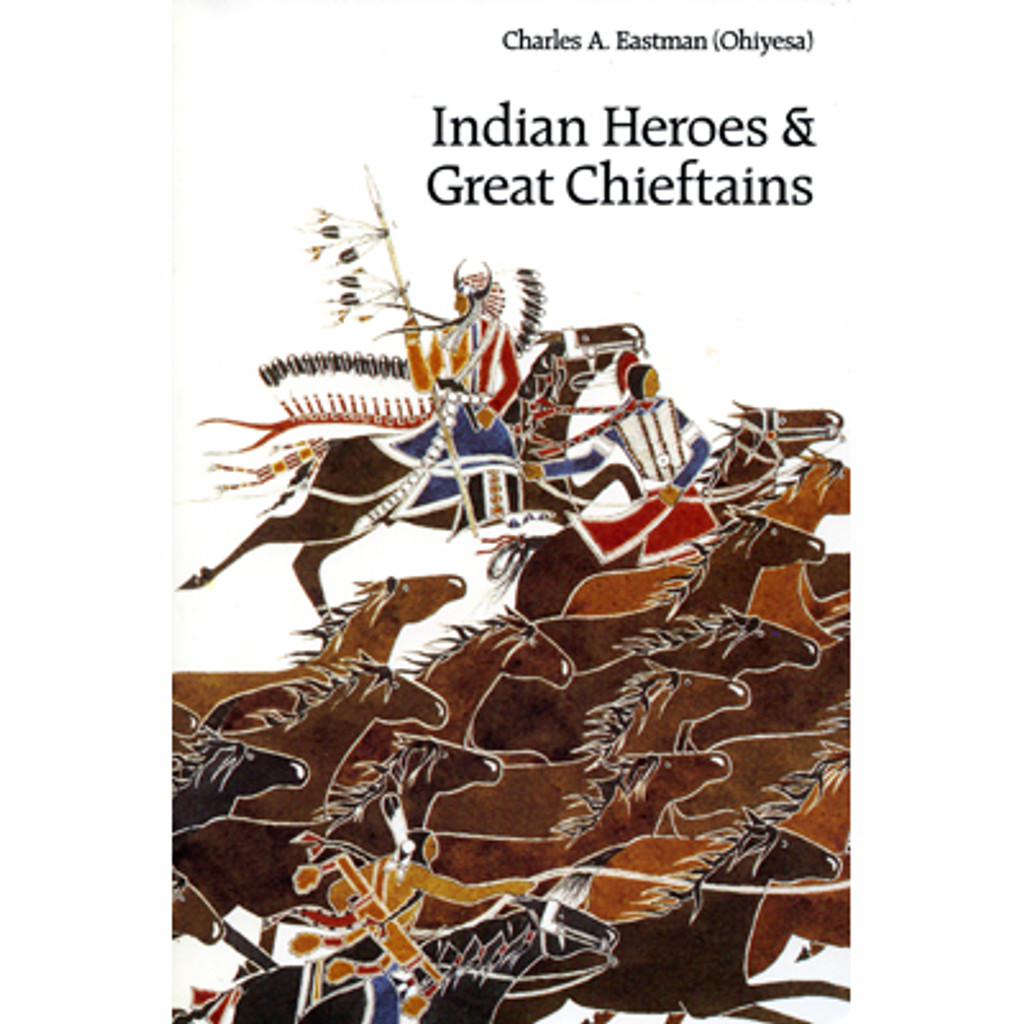 Charles A Eastman, a Santee Sioux, was four years old at the time of the 1862 Sioux Uprising in Minnesota. Separated from his father in the aftermath of the rebellion, he spent eleven years with relatives in Canada before being reunited with him and taken to the Dakota Territory.

Deeply influenced by his father, who had been converted to Christianity, he likewise followed "the white man's trail," attending Dartmouth and, in 1890, becoming a government physician at the Pine Ridge Agency. His fame today rests on the eleven books he wrote, in which he attempted to correct misapprehensions whites had about Indians and to bring the two races closer together. First published in 1918, INDIAN HEROES AND GREAT CHIEFTAINS contains biographical vignettes of fifteen great Indian leaders, most of them Sioux and some them, like Red Cloud and Rain-in-the-Face, friend and acquaintances of Eastman. He pays tribute to Little Wolf, the Cheyenne Chief whom he knew well and describes the noble career of Chief Joseph of the Nez Perces, who received his assistance in drawing up a document of grievances presented to the government in 1897. In finely honed prose Eastman cuts to the essence of his subjects, including Crazy Horse, Sitting Bull, Spotted Tail, Little Crow, Gall, Two Strike, American Horse, Dull Knife, Roman Nose, Hole-in-the-Day and Tamahay (who counseled against the Sioux Uprising in Minnesota).