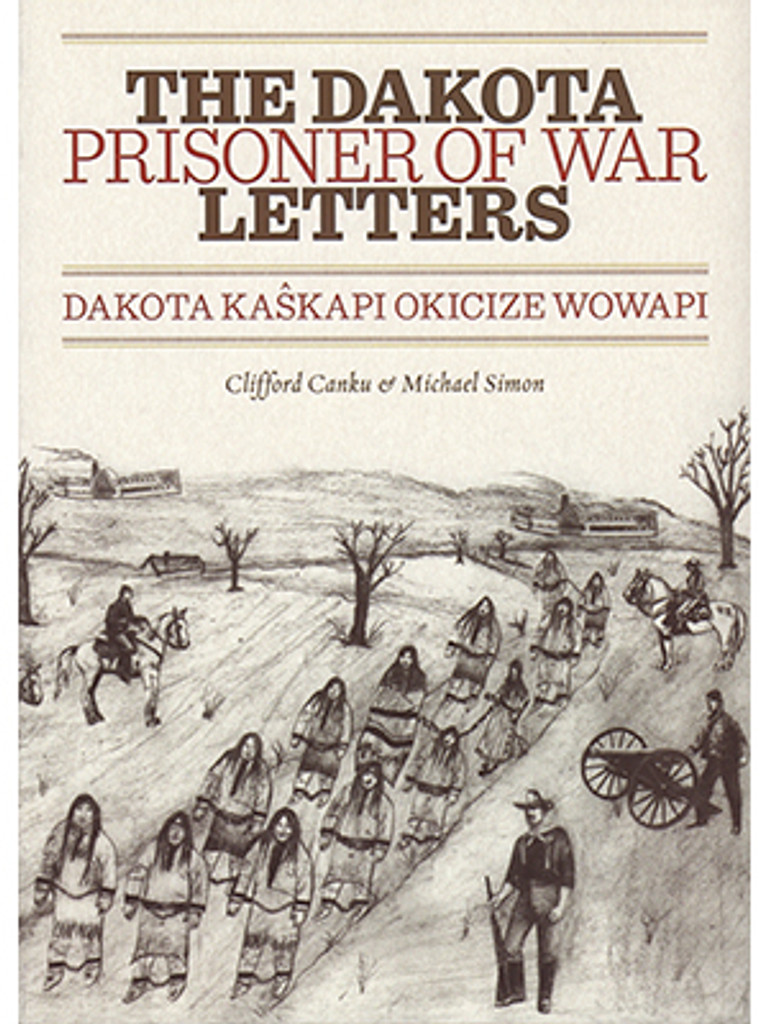 Fifty extraordinary letters, written by Dakota men imprisoned after the Dakota-U.S. War of 1862, give direct witness to a harsh and painful history by Minnesotans today.

In April 1863 - after the Dakota-U.S. War of 1862, after the hanging of thirty eight Dakota men in the largest mass execution in U.S. history - 270 Dakota men were moved from Mankato, Minnesota, to a prison camp in Davenport, Iowa, were they lived for three long wretched years. Some of the prisoners of war had learned to write long before; others, desperate to connect with their families, began to study. The letters that the men addresses to the missionary Stephen R. Riggs asked for information, for assistance and for help sending and receiving news of their loved ones. Dakota elders Clifford Canku and Michael Simon, fluent Dakota speakers, provide both the transcriptions and the first published translations of fifty of these letters. These haunting documents present a history that has long been unrecognized in this country, written in the words of the Dakota people who lived it.