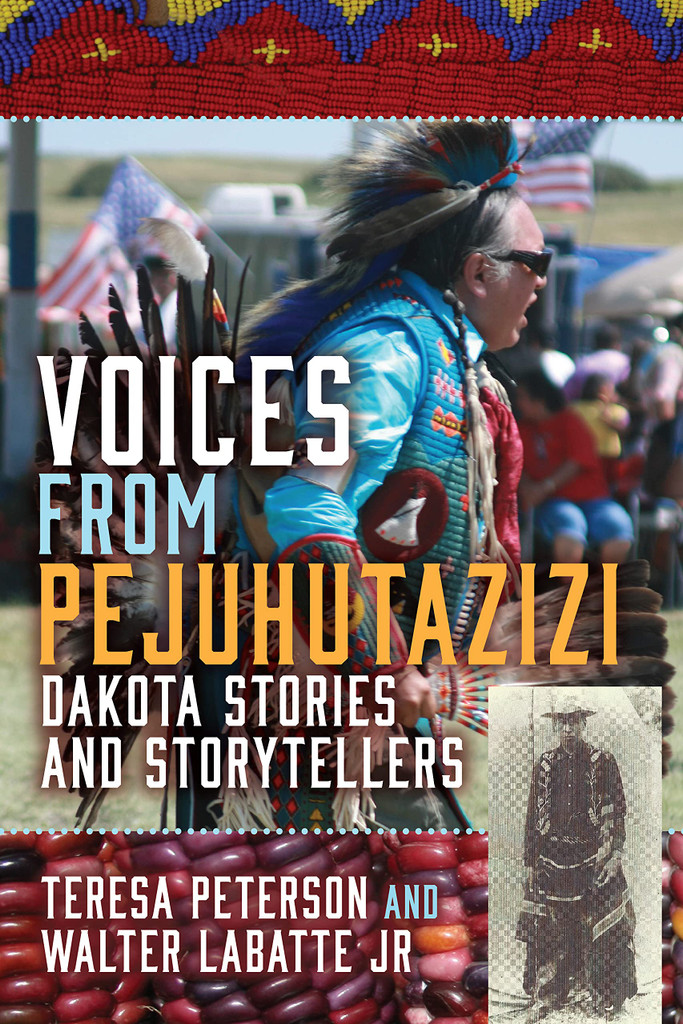 A rich trove of stories from Pejuhutazizi K’api, the place where they dig the yellow medicine – now also known as the Upper Sioux Indian Community in Minnesota.

From long ago: “The bear was too close at hand to think of running away and so the hunter thought to do his best and hold his own…Suddenly, the bear’s attention was attracted to something a few feet back from the water. Then the hunter noticed a slight hillock just back from the shore, and a skunk stood there facing the bear.” -Waŋbdiska/Fred Pearsall

From the 1970s: “My cousins and I rode horses up and down the deer and people trails, bringing them to the creek to quench their thirst…As long as we ate our egg-and-Spam sandwiches and were back by the evening, we could be feral children, exploring the hills and valleys along the Minnesota River.” -Utuhu Caŋ Cistiŋna/Teresa Peterson

From recent days: “It isn’t unusual to see Germans at summer powwows. On several occasions, I have come up to them in my dance regalia and in German asked if they come from Germany. At first there is this stunned second or so of silence, and I can see that their eyes and their ears are in conflict.” -Waṡicuŋhdinażiŋ/Walter “Super” LaBatte Jr.

Book - Land of the Nakoda: The Story of the Assiniboine Indians (From the Tales of the Old Ones)

Voice of the Tribes - Book