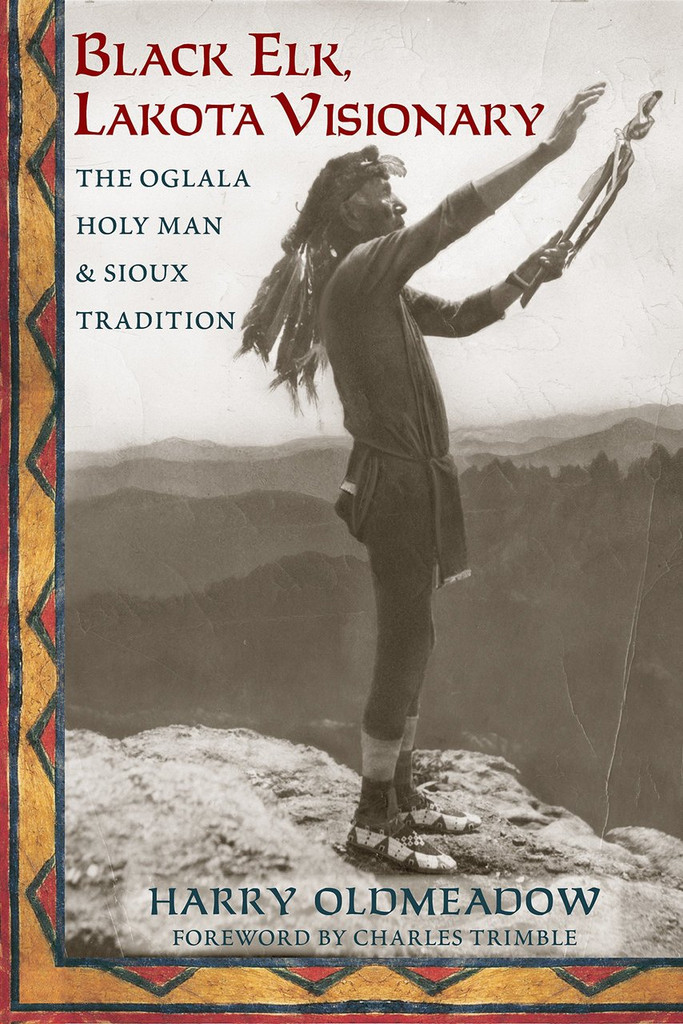 Black Elk (1863-1950), the Lakota holy man, is beloved by millions of readers around the world. The book Black Elk Speaks is the most widely-read Native American testimony of the last century and a key work in our understanding of American Indian traditions. In Black Elk, Lakota Visionary, Harry Oldmeadow draws on recently discovered sources and in-depth research to provide a major re-assessment of Black Elk's life and work. The author explores Black Elk's mystical visions, his controversial engagement with Catholicism, and his previously unrecognized attempts to preserve and revive ancestral Sioux beliefs and practices. Oldmeadow's lively and highly readable account also examines the controversies that have surrounded Black Elk and his collaborators, John G. Neihardt and Joseph Epes Brown. Oldmeadow judiciously explains why both Black Elk Speaks and The Sacred Pipe: Black Elk's Account of the Seven Rites of the Oglala Sioux are to be ranked amongst the most profound spiritual documents of the twentieth century. Black Elk, Lakota Visionary will command the attention of every reader who is interested in the American Indians, providing fascinating insights into their ancestral traditions prior to the reservation era, the subsequent destruction and revival of their traditional ways, and the vital lessons which the contemporary world might draw from their spiritual legacy.

Review by Brittany:
Black Elk has to be one of the of most renowned Lakota in our history, right up there with Crazy Horse, Sitting Bull, and Red Cloud to name a few. Moreover, there are a plethora of books out there about this great Oglala holy man in regards to his life and teachings. However, this particular book includes a detailed analysis of the quintessential three pillar writings on Black Elk which are John G Neihardt’s 1932 classic “Black Elk Speaks”, Joseph Epes Brown’s “The Sacred Pipe”, and Raymond J. DeMallie’s “The Sixth Grandfather: Black Elk’s Teaches Given to John G. Neihardt”. The analysis presents specific, related convictions that are all commonplace in the fore-mentioned scholars’ works. For instance, the spiritual heritage of the Plains Indians deserves a more honored and more fully understood place among the world’s great religious traditions. Second, Black Elk’s account of his early life, his Great Vision, and the principal rituals of the Lakota comprise an eloquent expression of that heritage and one of the most radiant spiritual testimonies of our time. Then lastly, that the Lakota visionary and his tradition offer the contemporary world profound lessons of the most urgent importance. In addition, Oldmeadow’s book gives way to other scholars as well as historians whose various insights and criticisms allow for a well thought out re-assessment of the interpretations of Black Elk’s life and teachings. What’s great is that their findings are based on recent and relevant sources and in-depth research gathered from not only the fore-mentioned authors’ works like “Black Elk Speaks” or “The Sacred Pipe” but from the further study of the various aspects of Lakota traditions, culture, and religion. Oldmeadow’s book is a worthy read for general readers, students, educators, scholars, and historians alike!