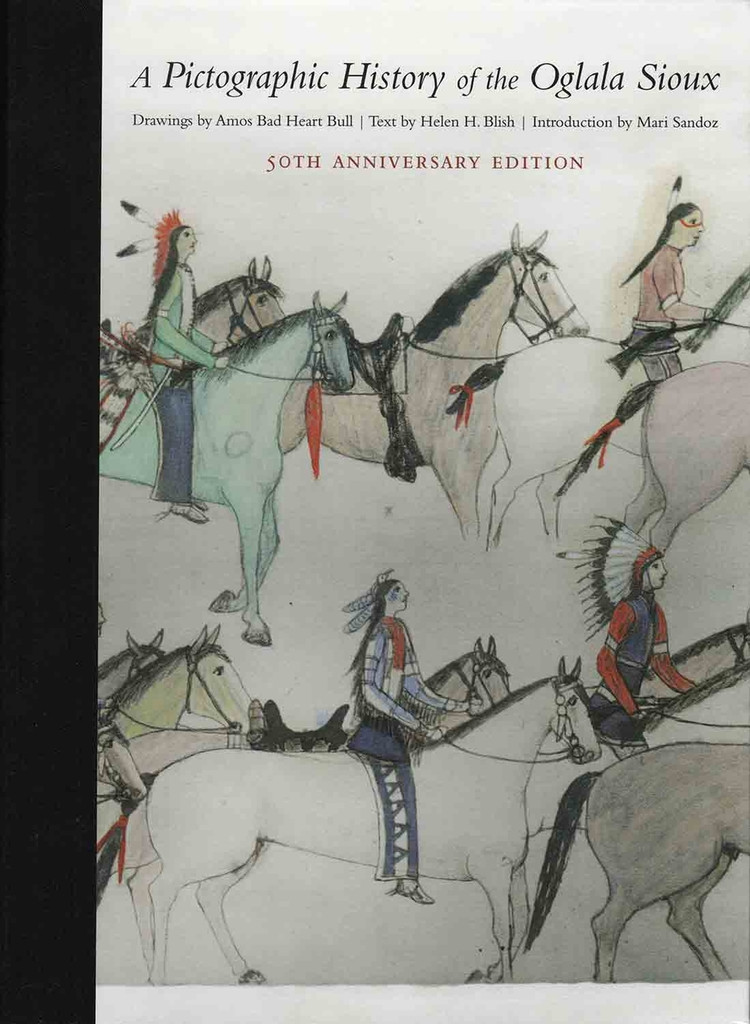 Originally published in 1967, this remarkable pictographic history consists of more than four hundred drawings and script notations by Amos Bad Heart Bull, and Oglala Lakota man from the Pine Ridge Reservation made between 1890 and the time of his death in 1913. The text, resulting from nearly a decade of research by Helen H. Blish and originally presented as a three volume report to the Carnegie Institution, provides ethnological and historical background and interpretation of the content.

This 50th anniversary edition provides a fresh perspective on Amos Bad Hear Bull's drawings through digital scans of the original photographic plates created when Blish was doing her research. Lost for nearly half a century - and unavailable when the 1967 edition was being assembled - the recently discovered plates are now housed at the Smithsonian's National Anthropological Archives. Readers of this particular volume will encounter new introductions by Emily Levine and Candace S. Greene, crisp images and notations, and additional material that previously appeared only in a limited number of copies of the original 1967 edition.