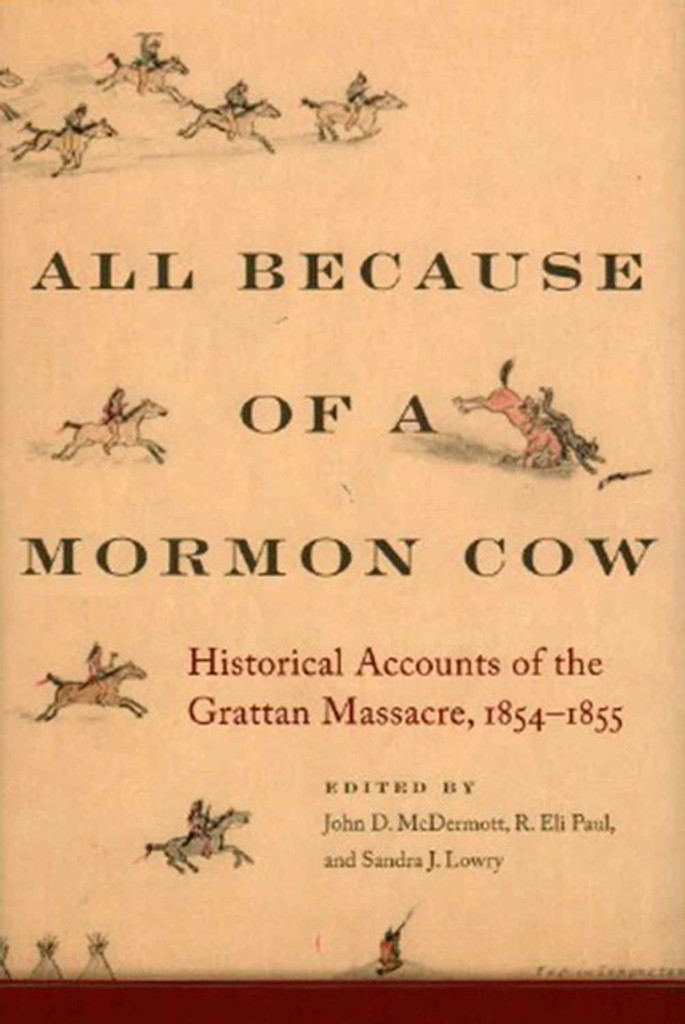 All Because of a Mormon Cow: Historical Accounts of the Grattan Massacre 1854-1855 (Nonfiction- Book)

On August 19, 1854, U.S. Army lieutenant John L. Grattan led a detachment of twenty-nine soldiers and one civilian interpreter to a large Lakota encampment near Fort Laramie to arrest an Indian man accused of killing a Mormon emigrant’s cow. The terrible series of events that followed, which became known as the Grattan Massacre, unleashed the opening volley in the First Sioux War—and marked the beginning of a generation of Indian warfare on the Great Plains. All Because of a Mormon Cow tells, for the first time, the full story of this seminal event in the history of the American West.  All Because of a Mormon Cow offers a better understanding even as it evokes the drama of a highly controversial episode in the history of relations between Indians and non-Indians in the American West.

Vanished in Hiawatha: The Story of the Canton Asylum for Insane Indians (Nonfiction Book)

Children's Book: Because You Are My Baby

A Culture of Courage - A Historical Novel

Book: Ghost Towns and Other Historical Sites of the Black Hills