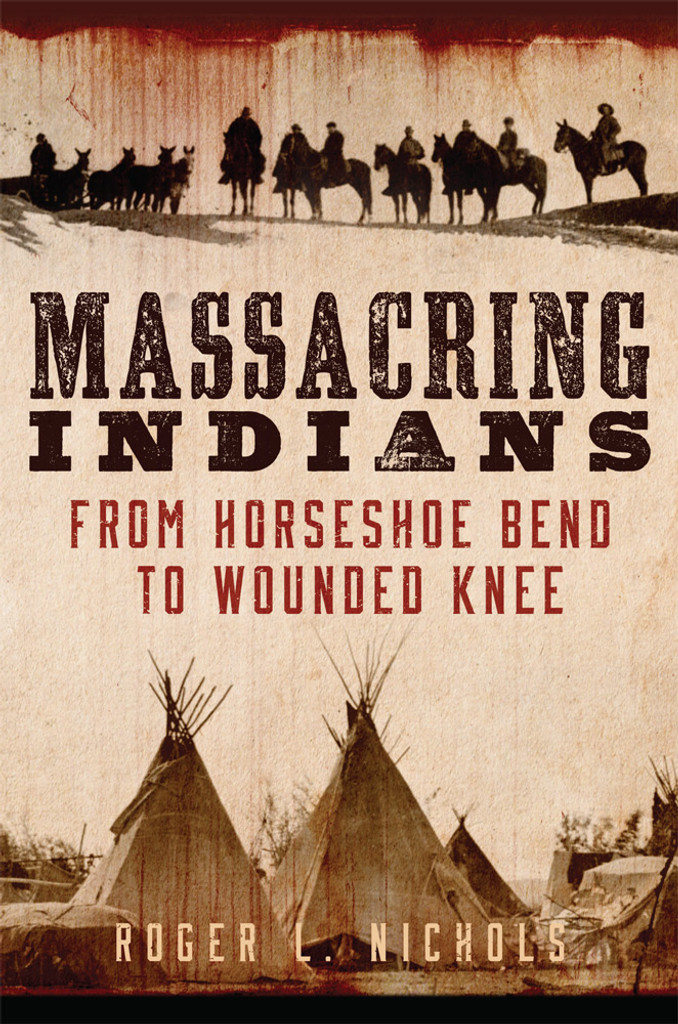 During the nineteenth century, the U.S. military fought numerous battles against American Indians. These so-called Indian wars devastated indigenous populations, and some of the conflicts stand out today as massacres, as they involved violent attacks on often defenseless Native communities, including women and children. Although historians have written full-length studies about each of these episodes, Massacring Indians is the first to present them as part of a larger pattern of aggression, perpetuated by heartless or inept military commanders.

In clear and accessible prose, veteran historian Roger L. Nichols examines ten significant massacres committed by U.S. Army units against American Indians. The battles range geographically from Alabama to Montana and include such well-known atrocities as Sand Creek, Washita, and Wounded Knee. Nichols explores the unique circumstances of each event, including its local context. At the same time, looking beyond the confusion and bloodshed of warfare, he identifies elements common to all the massacres. Unforgettable details emerge in the course of his account: inadequate training of U.S. soldiers, over-eagerness to punish Indians, an inflated desire for glory among individual officers, and even careless mistakes resulting in attacks on the wrong village or band.

As the author chronicles the collective tragedy of the massacres, he highlights the roles of well-known frontier commanders, ranging from Andrew Jackson to John Chivington and George Armstrong Custer. In many cases, Nichols explains, it was lower-ranking officers who bore the responsibility and blame for the massacres, even though orders came from the higher-ups.

During the nineteenth century and for years thereafter, white settlers repeatedly used the term “massacre” to describe Indian raids, rather than the reverse. They lacked the understanding to differentiate such raids—Indians defending their homeland against invasion—from the aggressive decimation of peaceful Indian villages by U.S. troops. Even today it may be tempting for some to view the massacres as exceptions to the norm.

By offering a broader synthesis of the attacks, Massacring Indians uncovers a more disturbing truth: that slaughtering innocent people was routine practice for U.S. troops and their leaders.