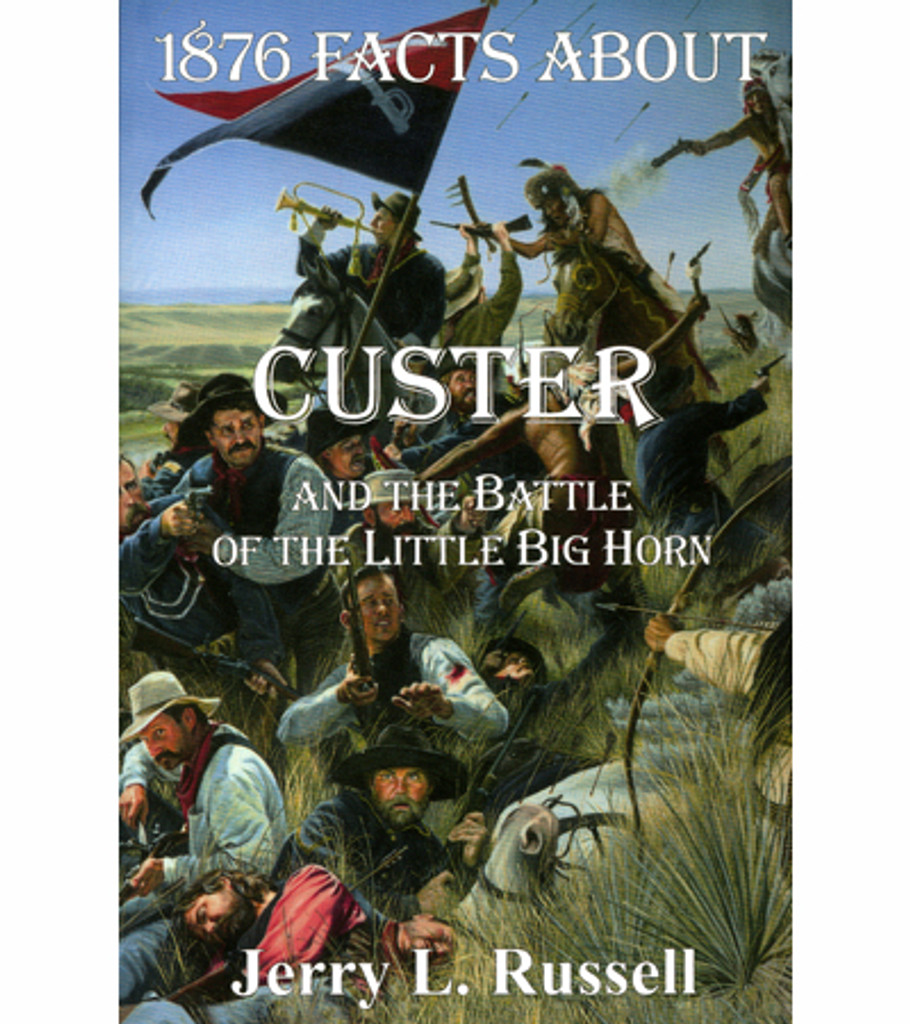 "1876 FACTS ABOUT CUSTER is impressive, Jerry Russell's full-length effort is a gold mine of myths, legends and contemporary accounts of the most famous massacre in history, all presented in an original style. Especially welcome is the inclusion of an entire chapter on the victors - the Indians who stood tall and inflicted one of the sharpest defeats suffered by the United States Army in the West. This work will be appreciated by scholars, Native American history buffs and general readers." ~Michael A. Hughes Editor, Journal of the Indian Wars

How many soldiers from Greese (or Australia) died at the Little Big Horn? How many Texans were in the 7th Cavalry at the Little Big Horn? What was the temperature on the hills east of the Little Big Horn River near Minneconjou Ford on the afternoon of June 26, 1876? Were Custer's men high on marijuana? How did Custer get into (and out of) West Point? All this and much more will be addressed and sometimes answered, in the pages of this book. But this is NOT an encyclopedia: "everything you ever wanted to know about Custer and the Battle of the Little Big Horn." "My" 1876 "facts" might not be "your" 1876 "facts," because there are probably 187,600 "facts" to choose from. The Battle of the Little Big Horn is the second most-written-about event in American history, second only to the Battle of Gettysburg, a "fact" you will find later in the book. The purpose of this book is to put the flesh on the bones and bring out details of the Battle, its participants and the environment in which they lived, fought and died on those dusty Montana hills over 12 decades ago, while at the same time pointing out some discrepancies and disagreements over nomenclature, time sequence, strategy, tactics and just about everything else connected with a discussion of the Battle of the Little Big Horn. The writing is in a journalistic style rather than a "military" or "scholarly" style, to make for easier reading.

Custer Died for Your Sins: An Indian Manifesto (book)