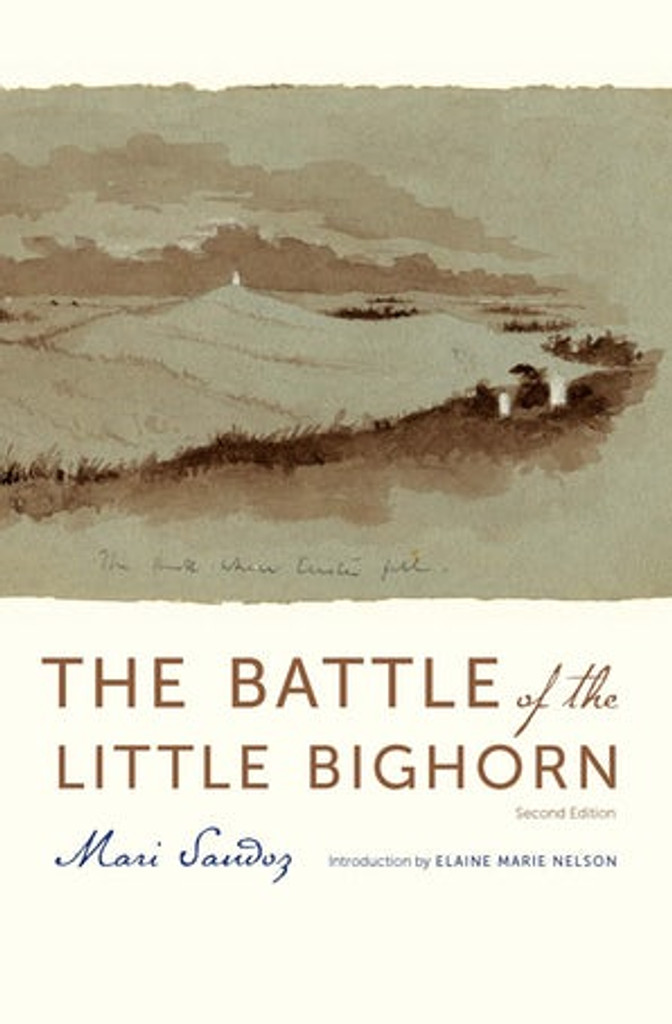 Mari Sandoz’s beautifully written account of the battle in which General George Armstrong Custer staked his life—and lost it—reveals on every page the author’s intimate knowledge of her subject. The character of the Sioux, the personality of Custer, the mixed emotions of Custer’s men, the plains landscape—all emerge with such clarity that the reader is transported to that spring in 1876 when the Army of the Plains began its fateful march toward Yellowstone.

The background of the tragedy is here: the history of bad blood and broken treaties between the Indigenous nations and the United States, the underlying reason for Custer’s expedition and for the convocation of Indians on the Little Bighorn that particular year. Sandoz’s final book was the first analysis of Custer’s motives and political ambitions to shed light on an old mystery that was hotly disputed by the general’s admirers.

Historian Elaine Marie Nelson introduces this iconic work to a new generation and details the long, challenging road this book took to publication. Sandoz raced against time to complete the volume while undergoing cancer treatments, and the book was published just three months after her death. The Battle of the Little Bighorn is widely considered the apex of her writing.