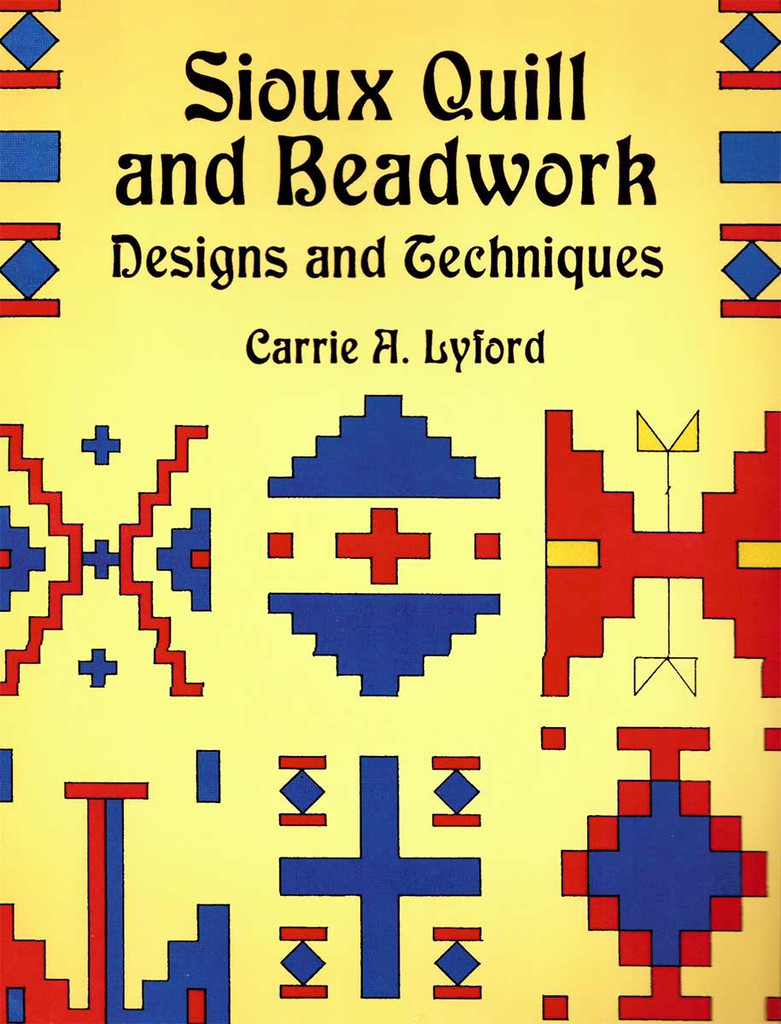 This in-depth guide to the ancient craft of quillwork and its latter-day counter part, beadwork, was originally prepared and published in the 1940s by the U.S. office of Indian Affairs. Its publication was the outgrowth of an increased interest, during the first half of the twentieth century, in the long neglected arts and crafts of North American Indians.

Following a brief introduction and discussion of how Sioux dwellings, clothing, furnishings and ceremonial objects were decorated, the text focuses on the quill and beadwork techniques of the western Sioux and how these materials were used to create decorative patterns. Chapters describe the preparation and cleaning of skins; the dyeing, wrapping, plaiting and sewing of quills; as well as beadwork techniques developed for specific Sioux designs. Special attention is given to the distinctly different artistic styles of men and women.

More than 80 photographs and drawings display handsome motifs incorporated on articles of clothing such as vests, shirts, robes, leggings, dresses, moccasins and hair ornaments, as well as such items as a Sioux cradle, blankets, saddlebags and rawhide shields.

A valuable source book of authentic designs for craftworkers, this concise study will appeal to anyone interested in Native American culture.

Unabridged Dover (2002) republication of Quill and Beadwork if the Western Sioux, published by the U.S. Office of Indian Affairs, Lawrence, Kansas, 1940.