Revered for its unique earthy sound, the Native American flute can sometimes be found as an added musical element in contemporary Native American, New Age, and world music recordings; the woodsy tenor of the native flute music has also been admired for its relaxing, calming qualities during times of meditation.

Music with power
…but the delicate, unaccompanied melodies of the original flutes were once believed to possess a potent love medicine so powerful they could bring the souls of young lovers together.

"The Lakota love song is a unique form quite distinct melodically from the rest of Lakota music. The songs are dream like and were often intoned in the hush of the evening. The flute player would discretely position himself so that, with the wind to his back, his serenade would penetrate directly to the heart of his beloved."
- Kevin Locke, Lakota Flute Player

Secret melodies
Long ago, lovemaking (as in courting) rituals within a tribal camp were very formal, and young lovers were rarely allowed to be alone. To profess their love to the girls they wooed, young men would stand on the outskirts of the camp as the sun was setting and dedicate these sweet, secret melodies to the girls they love - his song was one only she knew.

It comes in a dream...
A man earned the right to implore the attention of a special girl only after he established himself as both hunter and warrior. [According to oral tradition] Once a young man achieved this distinction, he would have a dream that would teach him how to make, play, and use the flute.

Her words, his tenor
These soulful, personal ballads were often composed by Elk Dreamers (those who embodied qualities of the bull elk). Songs were inspired by the words spoken by the young woman, transformed into an enchanting melody, and infused with the Elk Men's love medicine.

Believing the Elk Men's love medicine was transmitted through the flute as the young man played, the hope was, that upon hearing the song, she would understand his intentions and become his girl.

Suggested listening
Inspired by the traditional sounds of the Native American flute: 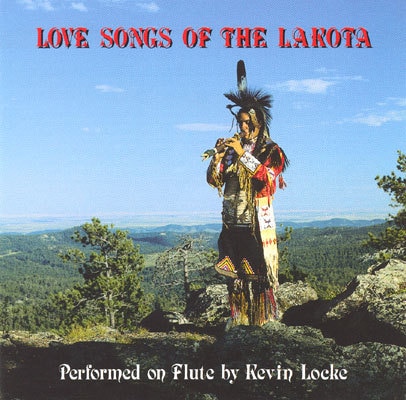