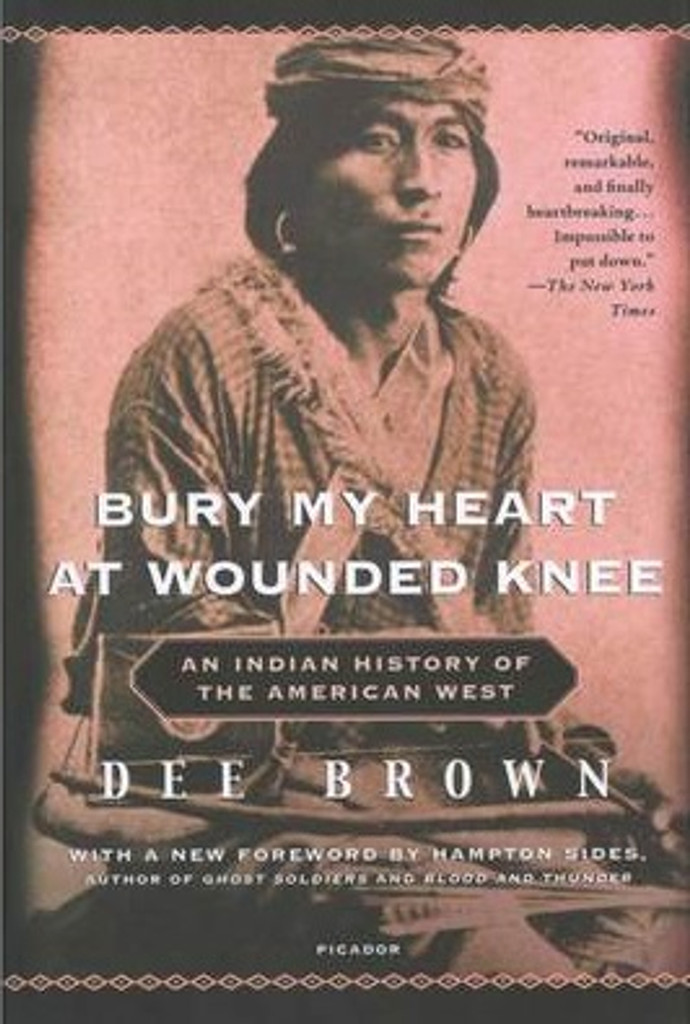 Bury My Heart of Wounded Knee is Dee Brown's classic, panoramic account of the systematic destruction of the American Indian over the second half of the nineteenth century.

Using council records, autobiographies and firsthand descriptions, Brown allowed great chiefs and warriors of the Dakota, Ute, Sioux, Cheyenne and other tribes to tell us in their own words of the battles, massacres and broken treaties - of the losses that they suffered as the American West was "won." Since it's original publication in 1971, Bury My Heart at Wounded Knee has been translated into seventeen languages and sold nearly five million copies. But as bestselling author Hampton Sides writes in his new foreword for this edition of the book, its success doesn't "begin to suggest the high-voltage shock is gave - and continues to give - the national identity. It was as though someone had thrown a switch...as though Bury My Heart at Wounded Knee had caused Americans to rethink everything, to reset the moral compass, to start over again."