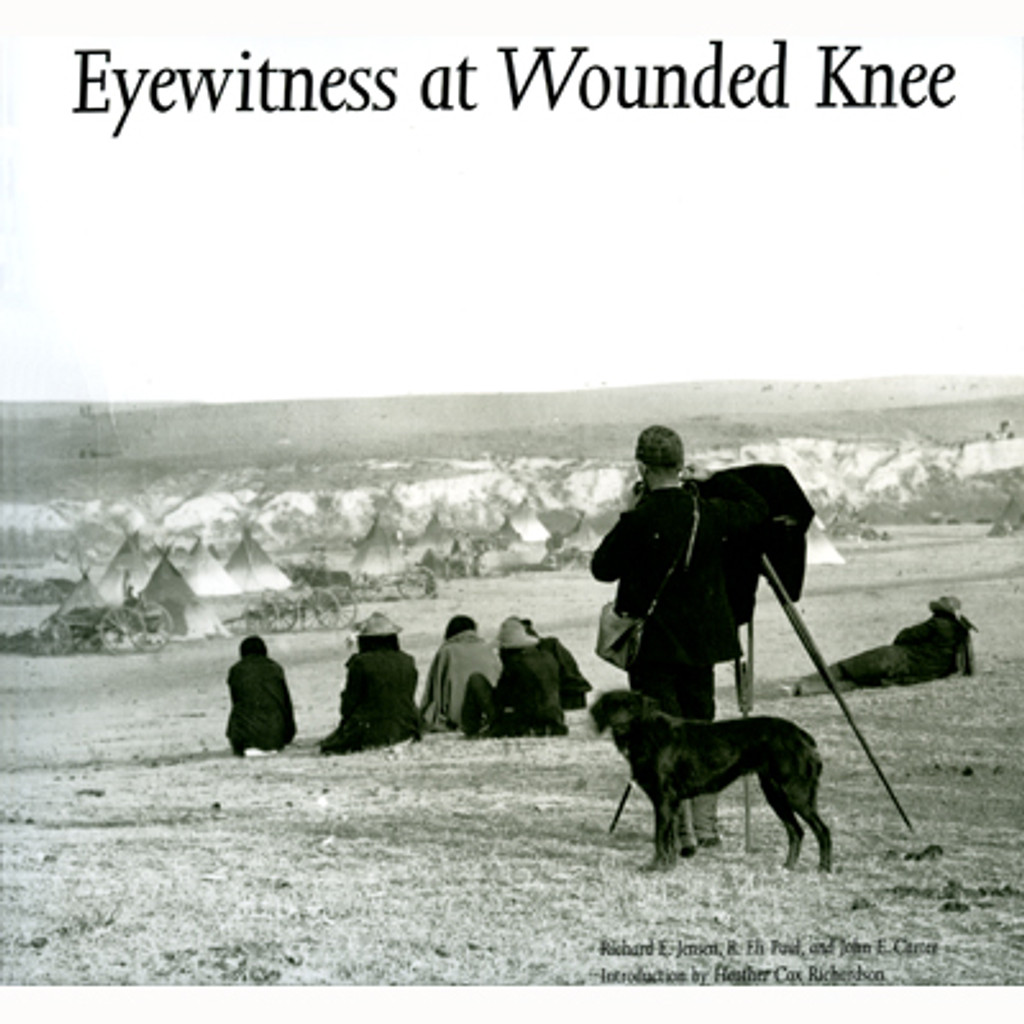 Includes 150 black & white photographs plus biographical references and index. EYEWITNESS AT WOUNDED KNEE brings together and assesses for the first time some 150 photographs that were made before and immediately after the massacre.

On a wintry day in December 1890, near a creek named Wounded Knee on the Pine Ridge Reservation in South Dakota, the Seventh Cavalry of the US Army opened fire on an encampment of Sioux Indians. The assault claimed more than 250 lives, including those of many Indian women and children. The tragedy at Wounded Knee has often been written about, but the existing photographs have received little attention until now. Present at the scene were two itinerant photographers, George Trager and Clarence Grant Morelodge, whose work has never before been published. Accompanying commentaries focus on both the Indian and the military sides of the story. Richard E. Jensen analyzes the political and economic quagmire in which the Sioux found themselves after 1877. R. Eli Paul considers the army's role at Wounded Knee. John E. Carter discusses the photographers and also the reporters and relic hunters who were looking to profit from the misfortune of others. Heather Cox Richardson tells the story behind the endeavor to present a meaningful account of this significant historical event.