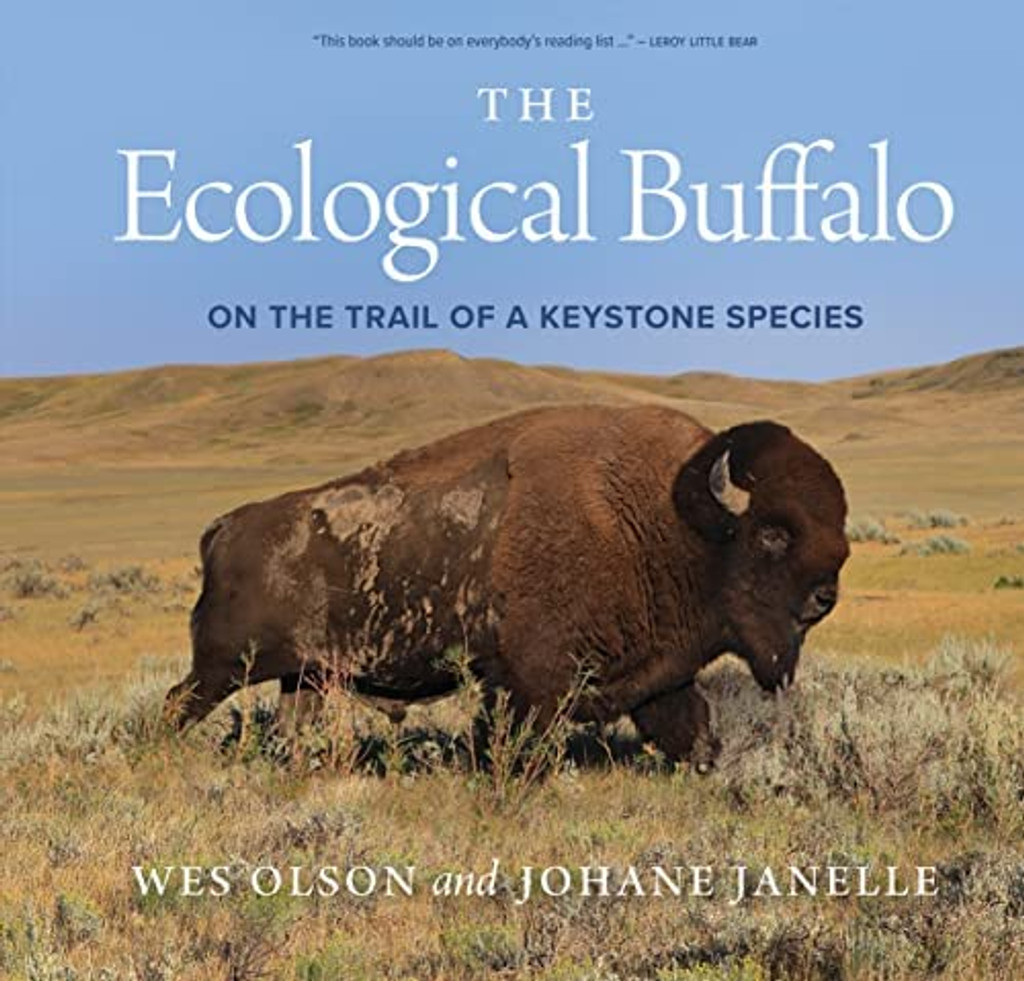 The Ecological Buffalo: On the Trail of a Keystone Species (book)

The mere mention of the buffalo instantly brings to mind the vast herds that once roamed the North American continent, and few wild animals captivate our imaginations as much as the buffalo do. Once numbering in the tens of millions, these magnificent creatures played a significant role in structuring the varied ecosystems they occupied. For at least 24,000 years, North American Indigenous Peoples depended upon them, and it was the abundance of buffalo that initially facilitated the dispersal of humankind across the continent.

With the arrival of Europeans and their rapacious capacity for wildlife destruction, the buffalo was all but exterminated. In a span of just thirty years during the mid-1800s, buffalo populations plummeted from more than 30 million to just twenty-three. And with them went all of the intricate food webs, the trophic cascades, and the inter-species relationships that had evolved over thousands of years.

Despite this brush with extinction, the buffalo survived, and isolated populations are slowly recovering. As this recovery proceeds, the relationships the animals once had with thousands of species are being re-established in a remarkable process of ecological healing. The intricacy of those restored relationships is the subject of this book.

Based on author Wes Olson’s thirty-five years of working intimately with bison―and featuring Johane Janelle’s stunning photography―The Ecological Buffalo is a story that takes the reader on a journey to understand the myriad connections this keystone species has with the Great Plains.

Book: Visions of the Buffalo People