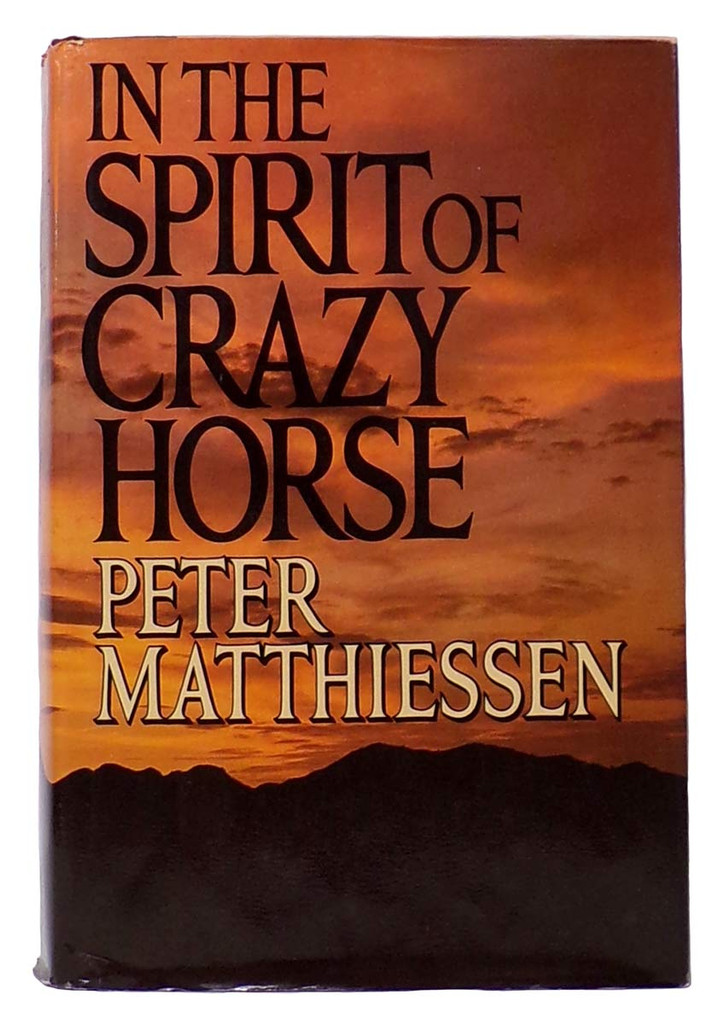 Out of Print Book: In The Spirit Of Crazy Horse

The book shows some shelf wear on the original dust cover, but is still in pretty good shape. The pages are slightly yellowed. The condition of the book is good.

Note about the book from Dan:
This book chronicles the story of Pine Ridge and Leonard Peltier. Controversial since its release, it was recalled for a time pending law suits over some of the content. This book portrays the politically violent times including the 1973 Wounded Knee take over and continues through the FBI shootout in 1975. It is an interesting read and still one of the important pieces covering modern Indian history and the government involvement in reservation politics.

This is a first edition but it is the revised printing following the intervention of the FBI and the former Governor of South Dakota.

In the Spirit of Crazy Horse is a book by Peter Matthiessen which chronicles “the story of Leonard Peltier and the FBI’s war on the American Indian Movement.” It was first published in 1983. Leonard Peltier was convicted of murder in 1977 and sentenced to life in prison for the 1975 killing of two FBI agents, after a trial which the author and may others allege was based on fabricated evidence, widespread fraud and government misconduct.