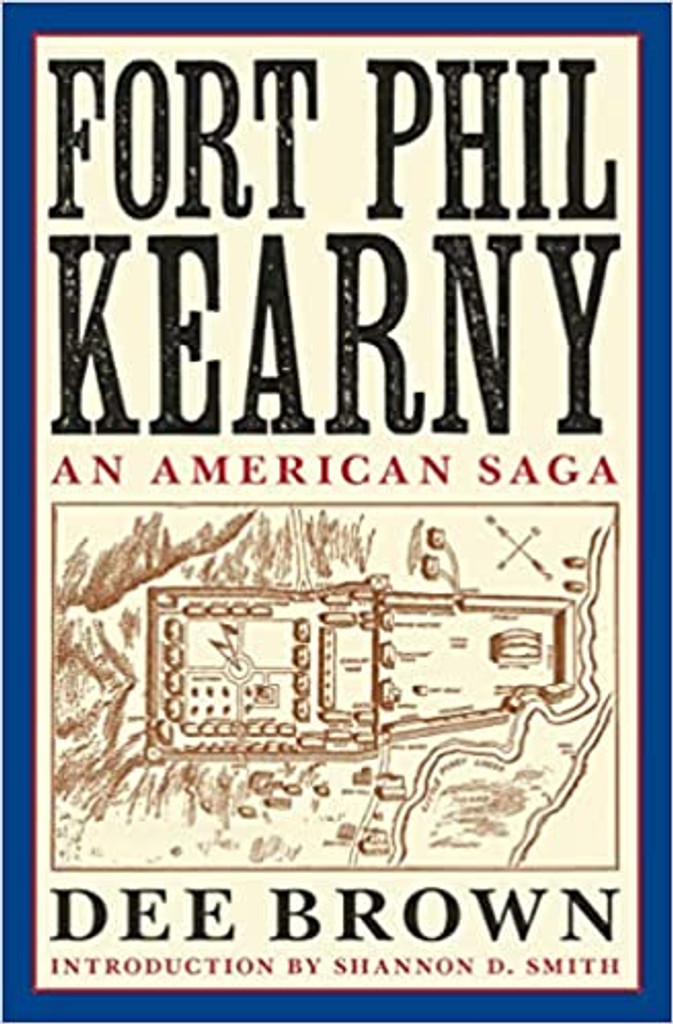 The U.S. Army built Fort Phil Kearny in the foothills of Wyoming’s Bighorn Mountains in 1866 to protect travelers on the Bozeman Trail headed to Montana’s gold fields. The need for this protection arose because the Bozeman Trail cut through the heart of the last bountiful hunting grounds of the Lakotas, Northern Cheyennes, and Northern Arapahos. The incursion by gold seekers led to direct competition with the allied tribes for food and supplies, and a series of violent encounters culminated in the Fetterman Fight on December 21, 1866, in which the army suffered its worst defeat on the northern plains until Custer’s defeat at the Little Bighorn ten years later. The battle became a cause célèbre and was the subject of a congressional investigation.

Based on army records and firsthand reports, Dee Brown’s Fort Phil Kearny: An American Saga was the first detailed account of the battle and the loss of Lieutenant Fetterman’s eighty men. Shannon D. Smith provides an introduction to this new edition.