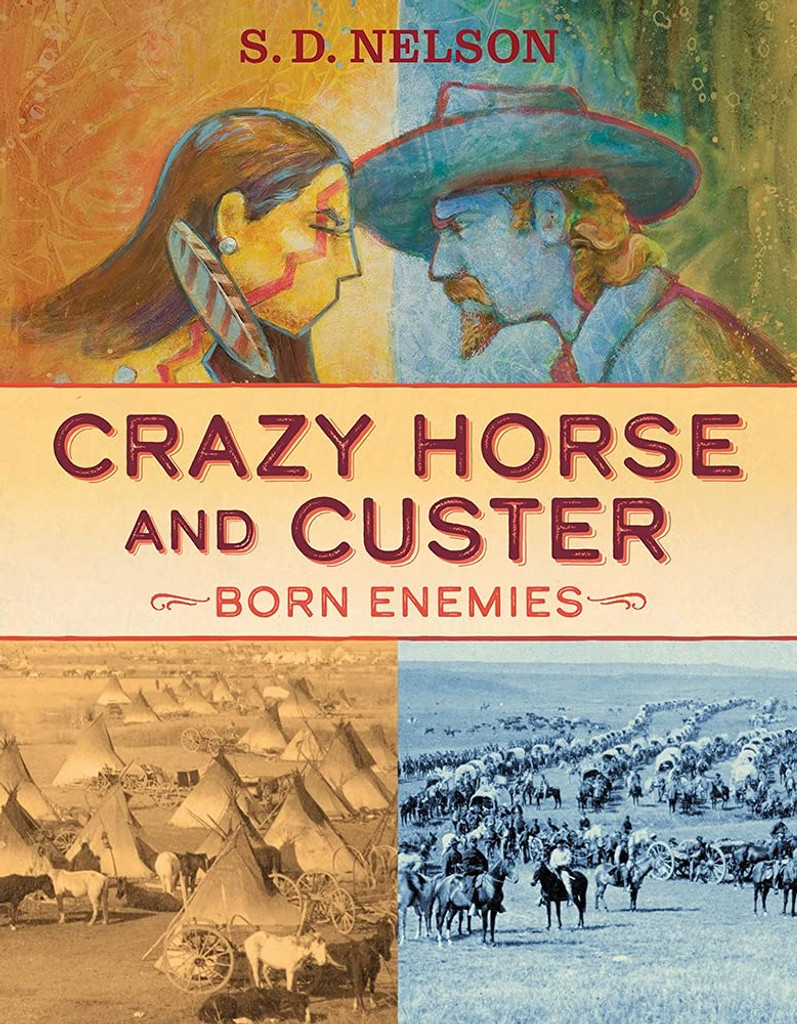 In 1876, Lakota chief Crazy Horse helped lead his people’s resistance against the white man’s invasion of the northern Great Plains. One of the leaders of the US military forces was Army Lt. Col. George Armstrong Custer. The men had long been enemies. At the height of the war, when tribalism had reached its peak, they crossed paths for the last time.

In this action-packed double biography, S. D. Nelson draws fascinating parallels between Crazy Horse and Custer, whose lives were intertwined. These warriors were alike in many ways, yet they often collided in deadly rivalry. Witness reports and reflections by their peers and enemies accompany side-by-side storytelling that offers very different perspectives on the same historical events. The two men’s opposing destinies culminated in the infamous Battle of the Greasy Grass, as the Lakota called it, or the Battle of the Little Bighorn, as it was called by the Euro-Americans.

In Crazy Horse and Custer, Nelson’s gripping narrative and signature illustration style based on Plains Indians ledger art, along with a mix of period photographs and paintings, shines light on two men whose conflict forever changed Lakota and US history.

The book includes an author’s note, timeline, endnotes, and bibliography.