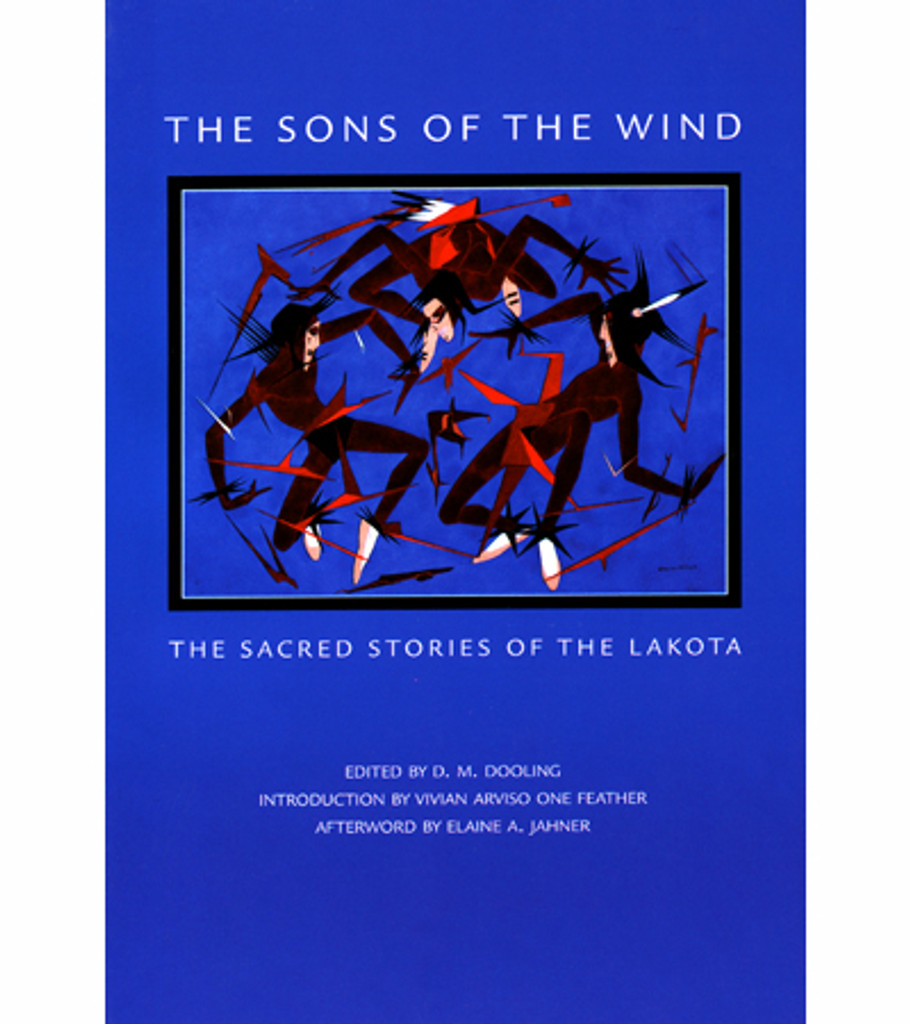 This book was not written for the scholar but was developed for the lover of myths. "In the beginning was Inyan, who had no beginning, for he was there when there was no other, only Hanhepi, the Darkness. Inyan was soft and shapeless, but he was everywhere and he had all the powers. These powers were in his blood and his blood was blue. His spirit was Wakan Tanka." ~Excerpt from book.

THE SONS OF THE WIND presents the mythology and sacred spirits of the Lakota. Based on information given to Dr. James Walker over a century ago by Lakota Holy Men, this compilation includes the cycle of creation, the appearance of spirits and animals, the making of the four directions and the coming of the Real People.

Review by Brittany:
People have often wondered how the world began. As a result, all human cultures have preserved origin stories that explain how the world was essentially created. These particular stories have been passed through generations because of their value and the lasting impression it instills in the hearts of people spanning all over the globe. In the book, The Sons of the Wind: The Sacred Stories of the Lakota by D.M. Dooling, it allows for the readers to be immersed in Lakota culture where they get to experience how the earth, water, sky, and the sun came into existence. It also includes the making of the Four Directions and the importance of the Sacred Pipe given to the people by the White Buffalo Calf Woman. Moreover, readers not only learn about the Lakota culture, they are able to better understand their own cultures by comparing familiar stories with unfamiliar ones that they may have never heard about before where they can build a link from their own culture to another. Not to mention, it even opens up the minds of people to spark enriched questions and conversation in regards to our origins as well as whom we are as a people regardless of our different cultures, races, ethnicities, or creeds.

The Lakota Way: Stories And Lessons For Living - Book