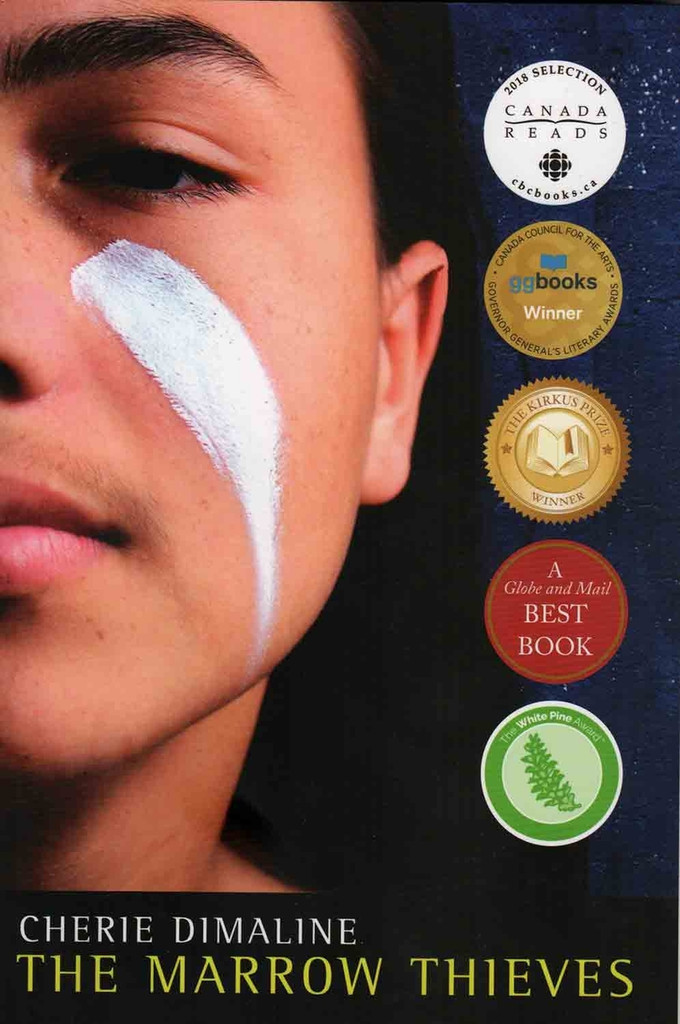 In a world nearly destroyed by global warming, the Indigenous people of North America are being hunted for their bone marrow, which carries the key to recovering something the rest of the population has lost: the ability to dream.

Just when you think you have nothing left to lose, they come for your dreams. The indigenous people are being hunted for their bone marrow because it's the gives the ability to dream. Frenchie and his companions, struggling to survive, don't yet know that one of them holds the secret to defeating the marrow thieves.

Review by Anita: “The way to kill a man or a nation is to cut off his dreams, the way they are taking care of the Indians: killing their dreams, their magic, and their familiar spirits.” – William Burroughs In this particular book, dreams get caught in the webs woven in your bones. That’s where they live in the marrow. Your DNA weaves them into the marrow like spinners. Moreover, it takes you –the reader, into the not so distant future where the Great Lakes of North America are nothing but a gray sludge because of global warming and industrialization. Not to mention the polar caps have melted, and it constantly rains. You have lost your family one by one constantly on the run. All you know is to go north because salvation in the north. You find another family not by blood, but by the need for survival. You’re always on the run, never able to rest. The Water Wars have lasted for teen years and whole cities have fallen into the oceans. Everything is gone and has been for a long time. But, they are hunting you, they want something from you, and they don’t care how they get it. You are Indian (Native) and the only ones left that can still dream, it is in the marrow of your bones! Cherie Dimaline is a Me’tis author and editor, in 2014 she was named the Emerging Artist of the Year. And became the first Aboriginal Writer in Residence of the Toronto Public Library.

He Who Dreams (Young Adult Novel)