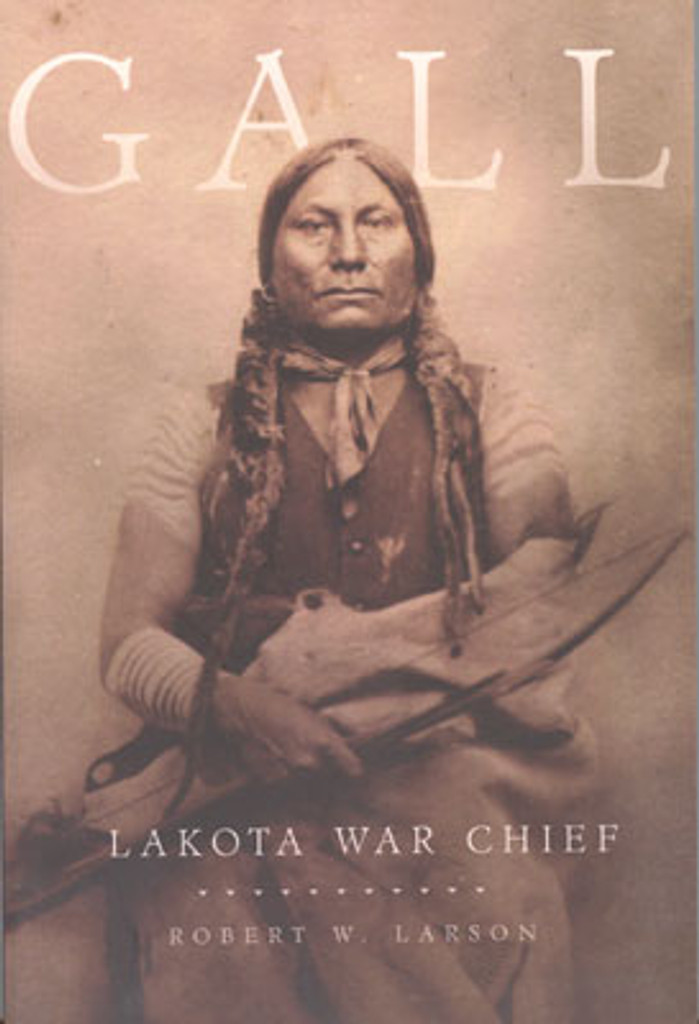 Called the "Fighting Cock of the Sioux" by U.S. soldiers, Hunkpapa warrior Gall was a great Lakota chief who, along with Sitting Bull and Crazy Horse, resisted efforts by the U.S. government to annex the Black Hills.

It was Gall, enraged by the slaughter of his family, who led a charge across Medicine Tail Ford to attack Custer's main forces on the other side of the Little Big Horn. Robert W. Larson now sorts through contrasting views that have depicted Gall as a shrewd pragmatist or a shameless opportunist, to determine the real character of this legendary Sioux. This first-ever scholarly biography also focuses on the actions Gall took during his final years on the reservation, unraveling his last fourteen years in order to better understand his previous forty. Tracing Gall's evolution from a fearless warrior to a representative of his people, Larson shows that Gall contended with shifting political and military conditions while remaining loyal to the interests of his tribe. GALL - LAKOTA WAR CHIEF broadens our understanding of both the man and his people.