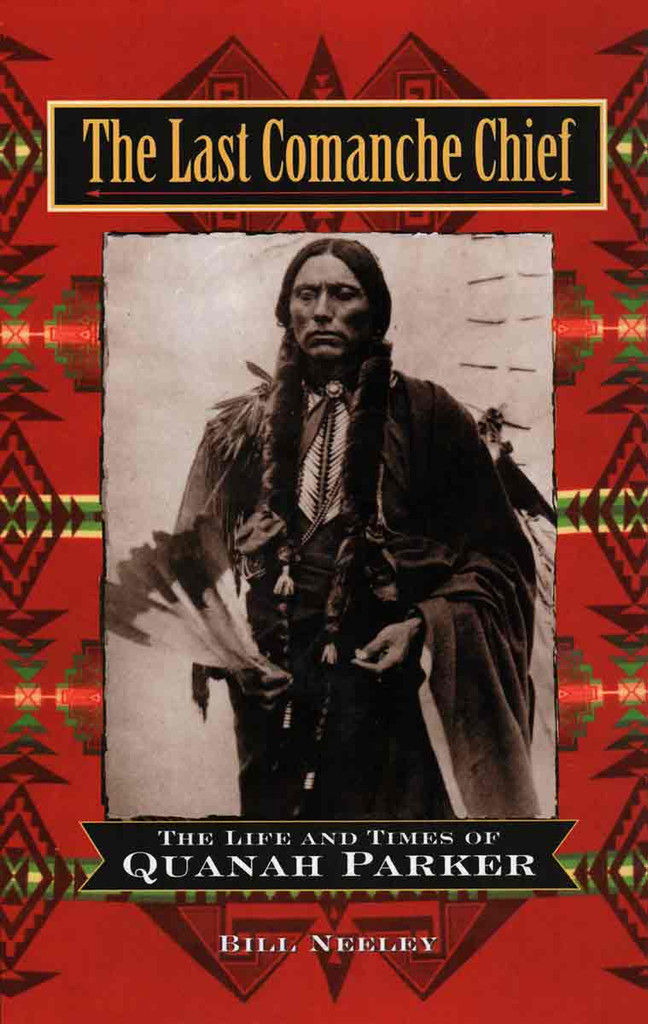 Book: The Last Comanche Chief - The Life and Times of Quanah Parker

He was the son of a white captive woman named Cynthia Ann Parker and Comanche Chief Peta Nocona. Not only was Quanah a fierce and brave Comanche Chief who fought tooth and nail to preserve his people’s culture, but he was also a master at adaptation and his remarkable skill was second to none. When he was faced with the bitter choice of compromise or further extinction of his people, Quanah stepped away from the warpath and adapted to the ever growing influence of white society. Quanah was and still is an inspiring man of our country’s history because even though so much grief and devastation seemingly plagued his life, hanging like a perpetual cloud above his head, there was still a silver lining. As a result, of adjusting to the ever growing white society, Quanah was still able to stay true to Comanche roots. He worked hard to bridge the gap between the red and white worlds where he became a tribal statesman, lobbied congress in Washington D.C. for the Comanche nation, invested in the railroad, and even became a successful cattleman where he counted Charles Goodnight and President Theodore Roosevelt among his network of friends.

Book Review by Clint: He really learned a lot from this book and was excited to do a review, enjoy.

The Last Comanche Chief: The Life and Times of Quanah Parker
by: Bill Neeley

"Many views have been written about my grandfather, Quanah Parker, the last chief of the comanches, who guided the Comanche people at a most perilous time in the history of the tribe". ~James M. Cox (grandson of Quanah Parker).

This is a beautifully written book about the unimaginable hardships of the Comanche, as well as all First People of Turtle Island, and what they have experienced, but it's also a story of resilience.

This book sheds some light on the openness, survival and adaptation of the Comanche People. We as a reader get a glimpse of a man who at a very young age became a leader of a people, through the choices he made of protecting what he loved most, his land, his people and his way of life.

Although the horrifying acts that created fear led this man and people to a life of living at the hands of control and greed, Quanah taught resilience and the ways a human being can be, by being open to the ways of others, living and learning, while being strong enough to keep his culture alive.

I share what most did not learn from history in school, I am thankful for Quanah.