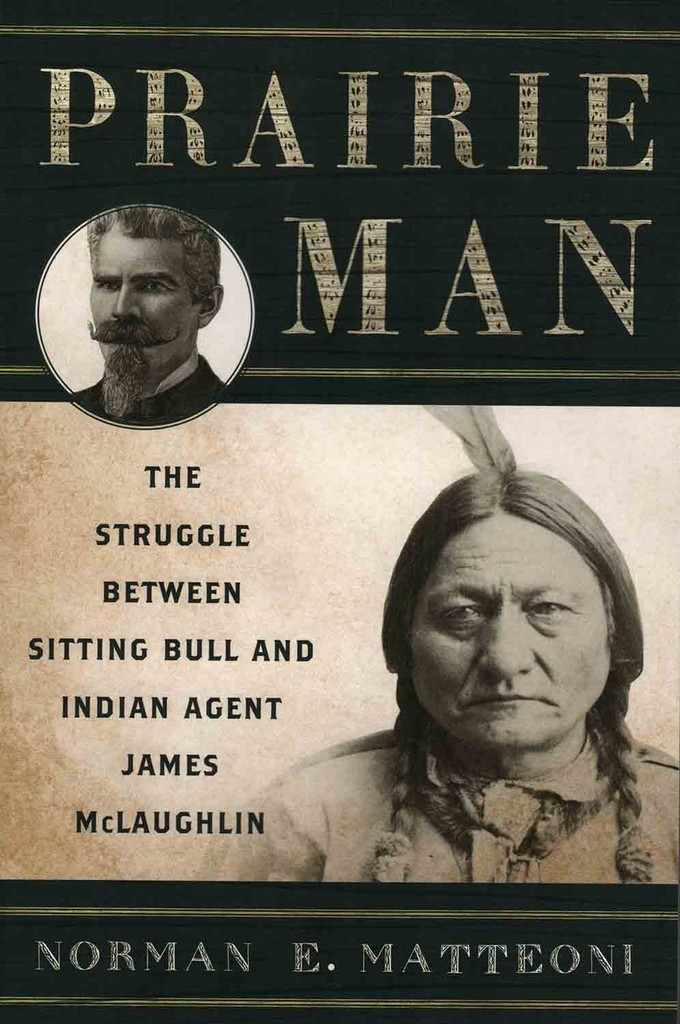 "A warrior I have been. Now it is all over, a hard time I have." ~Sitting Bull's surrender song One week after the June 1876 Battle of the Little Big Horn, when news of the defeat of Custer and his 7th Cavalry troops reached the American public, Lakota Chief Sitting Bull became the most wanted hostile Indian in America.

Now recognized as an American hero, Sitting Bull was vilified during his life. He had resisted intrusions into Lakota land for years, refused to sign treaties, and called for a gathering of tribes at Little Big Horn. He epitomized resistance. But there are other battles than those of war, and the conflict between Sitting Bull and Indian Agent James McLaughlin was one of those battles.

Review by Anita: While I was growing up in Fort Yates, ND and McLaughlin, SD on the Standing Rock Sioux Reservation during the 1960s, the schools nor our family taught us our own history. I always knew Sitting Bull, a great man and advocate for his people, but reading this book gave me a better understanding of that fact. The author of “Prairie Man,” Norman E. Matteoni, tells of THE STRUGGLE BETWEEN SITTING BULL and INDIAN AGENT JAMES McLAUGHLIN. The two determined intelligent men, Sitting Bull wanting to live as he always had and James McLaughlin, a bureau man determined to assimilate the Natives. To Sitting Bull McLaughlin was a” jealous woman”. McLaughlin thought Sitting Bull “pigheaded” for not accepting Christianity. It was the dominant clashing with the defiant. Neither had respect for the other. There is a picture in this book of the” Delegation of Sioux Chiefs taken on Oct. 15, 1888.” I have often stared at that picture and wondered about the dynamics of the people in it just from their body language. I see that picture every day, reading Prairie Man has explained exactly what had been happening on the trip to Washington D.C. The government was again intent on taking more land, making the same unfulfilled promises as before. Sitting Bull in the north and Red Cloud in the south determined to keep what the Oyate had. With lies, rumor, secret meetings, and dirty tricks McLaughlin along with Crook got the signatures they needed at Standing Rock to implement the Dawes Act aka the Sioux Act of 1889. Sitting Bull was undone, he felt betrayed. The chief understood separation from the land would lead to loss of culture and spirituality. Now he just wanted to be left alone. During this time while Sitting Bull was fighting against the Sioux Act, other events came to play. One of these events was the arrival on Standing Rock of Catherine Weldon, twice. Catherine was a member of the National Indian Defense Association, the only Indian reform group that believed tribal life had value. Mrs. Weldon of Brooklyn, N Y was a liberal who embraced the idea of helping Sitting Bull and other chiefs in the opposition of the Sioux Act. She had been corresponding with him and other key agency Indians since their trip to D.C. in 1888. Agent James McLaughlin knew who she was when she got to Standing Rock he had been reading the letters. She came as a crusader filled with purpose. Sitting Bull called her “Woman Walking Ahead”. In 1889 a Paiute man by the name of Wovoka had a vision. Christ was now coming to rise up the Indian as the chosen people. The whites had squandered their graces. To hasten this arrival, he told his followers to dance. My dad once told me, “Sitting Bull didn’t believe. But his people did they needed something to believe in”. There had been two years of drought then a bad winter where everyone lost livestock, Indian and White. The government again cut rations instead of sending what had been promised in the last land grab. People were starving, life on the reservation was miserable. Politics both Red and White was the demise of Sitting Bull. All those things that happened then are still in play today.

Gods of Indian Country: Religion and the Struggle for the American West