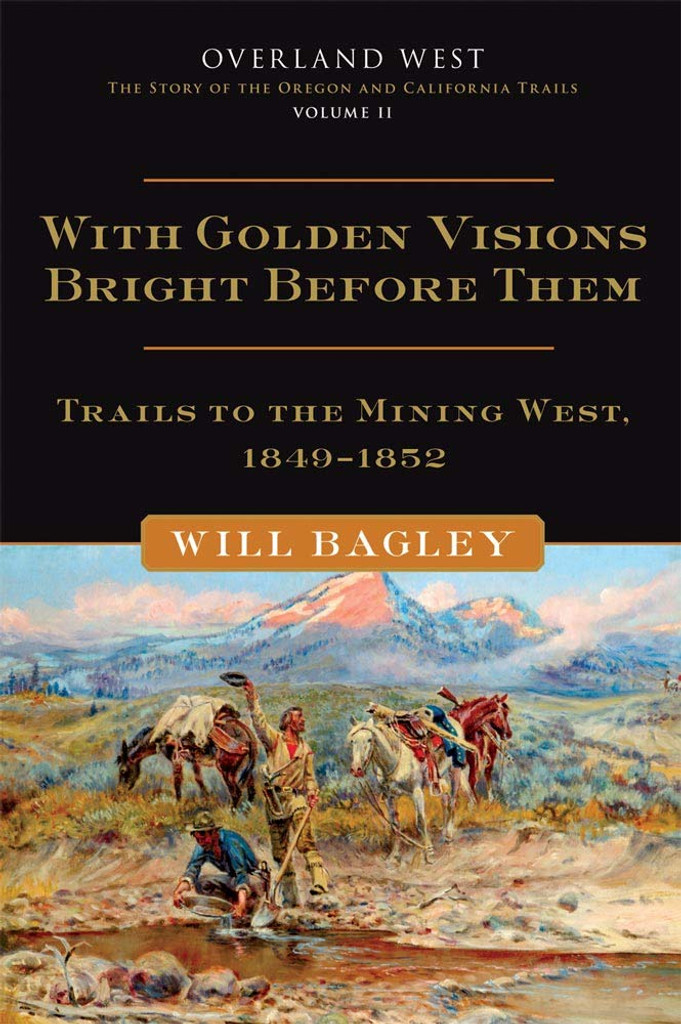 Book: With Golden Visions Bright Before Them - Trails to the Mining West 1849-1852

During the mid-nineteenth century, a quarter of a million travelers—men, women, and children—followed the “road across the plains” to gold rush California. This magnificent chronicle—the second installment of Will Bagley’s sweeping Overland West series—captures the danger, excitement, and heartbreak of America’s first great rush for riches and its enduring consequences. With narrative scope and detail unmatched by earlier histories, With Golden Visions Bright Before Them retells this classic American saga through the voices of the people whose eyewitness testimonies vividly evoke the most dramatic era of westward migration.

Traditional histories of the overland roads paint the gold rush migration as a heroic epic of progress that opened new lands and a continental treasure house for the advancement of civilization. Yet, according to Bagley, the transformation of the American West during this period is more complex and contentious than legend pretends. The gold rush epoch witnessed untold suffering and sacrifice, and the trails and their trials were enough to make many people turn back. For America’s Native peoples, the effect of the massive migration was no less than ruinous. The impact that tens of thousands of intruders had on Native peoples and their homelands is at the center of this story, not on its margins.

Beautifully written and richly illustrated with photographs and maps, With Golden Visions Bright Before Them continues the saga that began with Bagley’s highly acclaimed, award-winning So Rugged and Mountainous: Blazing the Trails to Oregon and California, 1812–1848, hailed by critics as a classic of western history.

Book: Visions of the Buffalo People