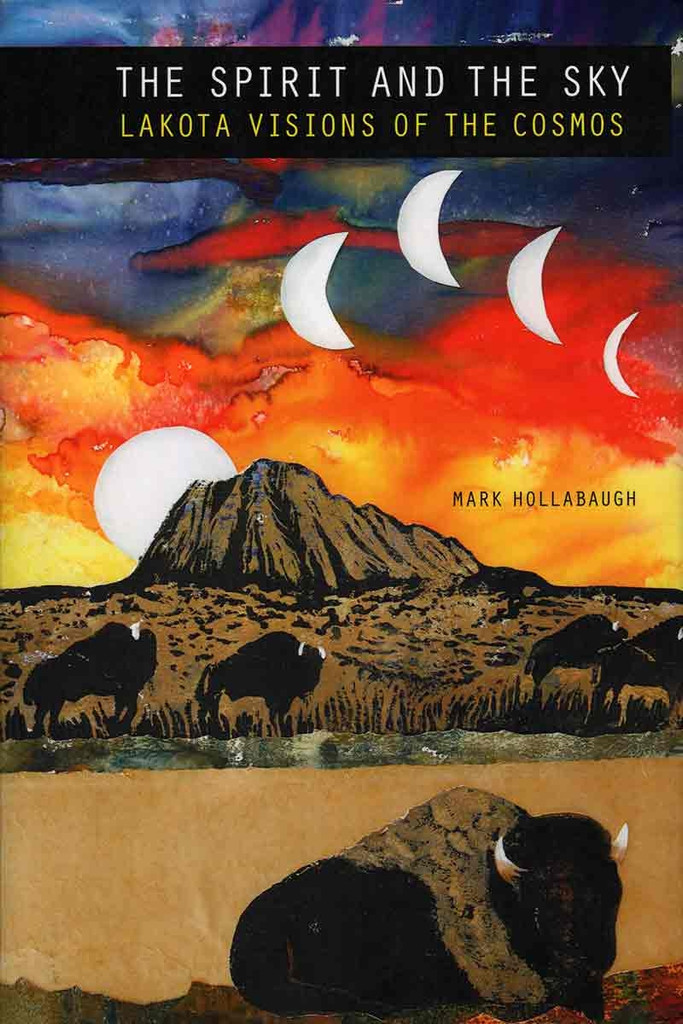 The interest of nineteenth-century Lakota in the sun, moon and stars was an essential part of their never-ending quest to understand the universe. The Spirit and The Sky: Lakota Visions of the Cosmos presents a survey of the ethnoastronomy of the nineteeth-century Lakota and relates Lakota astronomy to their cultural practices and beliefs. The center of Lakota belief is the unfathomable and sacred nature of the world in which they live and of the stars above - extraordinary and "Wakan" (mysterious) - both of which constitute an integral part of this holistic world.

Mark Hollabaugh offers a detailed analysis of all aspects of Lakota culture that have a bearing on their astronomy, including telling time, Lakota names for the stars and constellations as they appeared on the Great Plains and the phenomena of meteor showers, eclipses and the aurora borealis. Hollabaugh's explanation of the cause of the aurora that occurred at the death of Black Elk in 1950 is a new contribution to ethnoastronomy.

Side Note: Ethnoastronomy: The study of the knowledge, interpretations and practices of contemporary cultures regarding celestial objects or phenomena, or the branch of astronomy concerned with the astronomical beliefs and practices of specific cultures.

Book Review by Brittany:
The Spirit and The Sky: Lakota Visions of the Cosmos by: Mark Hollabaugh

This particular book takes its readers on a journey from the Ethnoastronomer's point of view. What that essentially means, is that the Ethnoastronomer is more interested in myths, legends, religious beliefs and the current practice of a culture, in this case the Lakota, in relation to the stars in the sky resulting in valuable data leading into what is known as "culture astronomy".

Moreover, Hollabaugh's book does a good job in presenting a plethora of information on the findings of the connection between the stars and the Lakota culture including the telling of time as it was in the early 19th century on the Great Plains.

In addition, what is really interesting is that Hollabaugh emphasizes that Lakota constellations as well as their myths and legends share one common denominator and that is all about circles! Lakota culture is based on the Sacred Circle because the Great Spirit made all things in nature to be around like the circle which marks the edge of the world and the four winds that travel there. Furthermore, you can look towards the heavens and see a wholeness and unity in nature seeing all the stages of human life, the four seasons, the sun's clockwise daily journey across the sky, as well as the moon going through its cycles similar to that in the myth where Hanwi hid her face from Wi. As a result, everything is connected from the earth to the sky and back around!