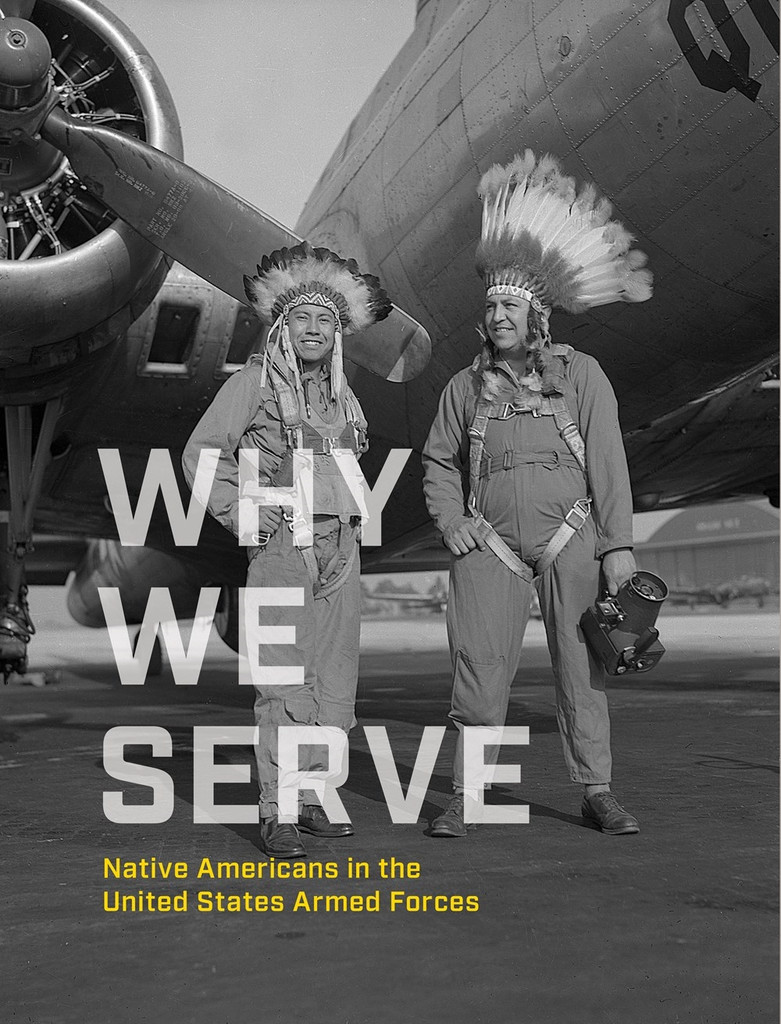 Book: Why We Serve - Native Americans in the United States Armed Forces

Why We Serve commemorates the 2020 opening of the National Native American Veterans Memorial at the Smithsonian National Museum of the American Indian, the first landmark in Washington, DC, to recognize the bravery and sacrifice of Native veterans. American Indians' history of military service dates to colonial times, and today, they serve at one of the highest rates of any ethnic group. Why We Serve explores the range of reasons why, from love of their home to an expression of their warrior traditions. The book brings fascinating history to life with historical photographs, sketches, paintings, and maps. Incredible contributions from important voices in the field offer a complex examination of the history of Native American service. Why We Serve celebrates the unsung legacy of Native military service and what it means to their community and country.

WHY WE SERVE is a new publication from the National Native American Veterans Memorial at the National Museum of the American Indian in Washington, D.C. and chronicles American Indian service to the United States. It tells the stories of the distinguished but largely unknown tradition of military service on and off the battlefield in all branches of armed forces for more than 250 years. WHY WE SERVE is a history of United States wars told through the eyes of Native American servicemen and women. Whenever possible, the authors have used the veterans’ own words to describe the face of battle. In addition, the book is also in chronologically war order, meaning the book starts in the Colonial and American Revolution eras and continuing through Iraq, Afghanistan, and other war-torn regions. Along with the service of the men and women in uniform, WHY WE SERVE recounts the labors and sacrifices while the warriors are absent, when they don’t return, or come back haunted. As a result, WHY WE SERVE raises awareness of the “long, proud, and distinguished tradition of service in the Armed Forces of the United States” and to honor their legacy.

Book: We Had a Little Real Estate Problem - The Unheralded Story of Native Americans & Comedy