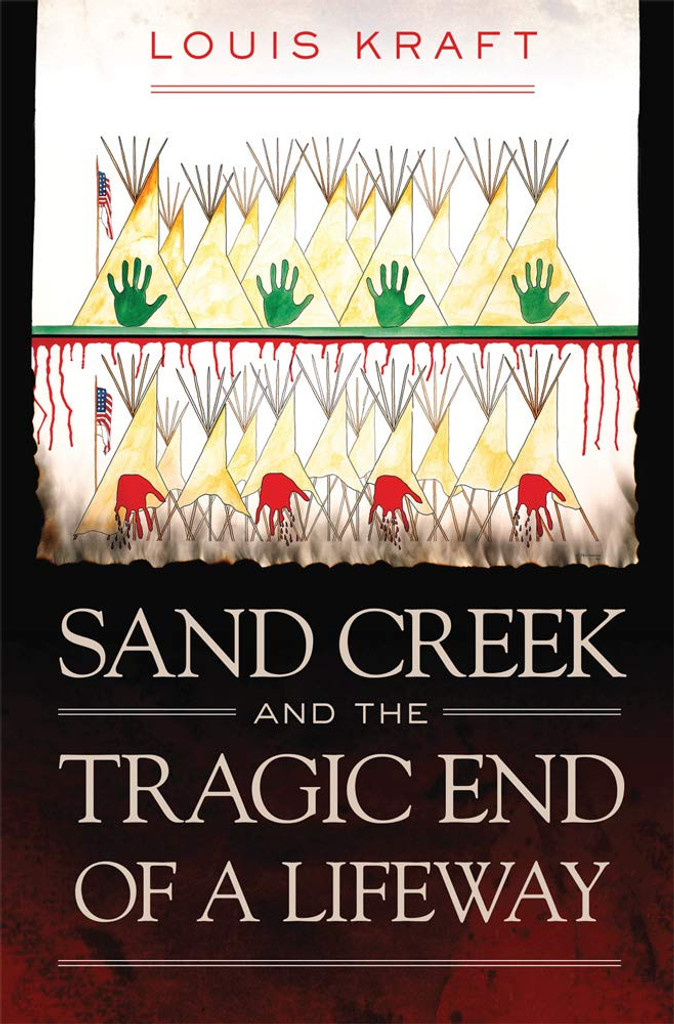 Book: Sand Creek and the Tragic End of a Lifeway

Nothing can change the terrible facts of the Sand Creek Massacre. The human toll of this horrific event and the ensuing loss of a way of life have never been fully recounted until now. In Sand Creek and the Tragic End of a Lifeway, Louis Kraft tells this story, drawing on the words and actions of those who participated in the events at this critical time.

The history that culminated in the end of a lifeway begins with the arrival of Algonquin-speaking peoples in North America, proceeds through the emergence of the Cheyennes and Arapahos on the Central Plains, and ends with the incursion of white people seeking land and gold. Beginning in the earliest days of the Southern Cheyennes, Kraft brings the voices of the past to bear on the events leading to the brutal murder of people and its disastrous aftermath. Through their testimony and their deeds as reported by contemporaries, major and supporting players give us a broad and nuanced view of the discovery of gold on Cheyenne and Arapaho land in the 1850s, followed by the land theft condoned by the U.S. government. The peace treaties and perfidy, the unfolding massacre and the investigations that followed, the devastating end of the Indians’ already-circumscribed freedom—all are revealed through the eyes of government officials, newspapers, and the military; Cheyennes and Arapahos who sought peace with or who fought Anglo-Americans; whites and Indians who intermarried and their offspring; and whites who dared to question what they considered heinous actions.

As instructive as it is harrowing, the history recounted here lives on in the telling, along with a way of life destroyed in all but cultural memory. To that memory this book gives eloquent, resonating voice.