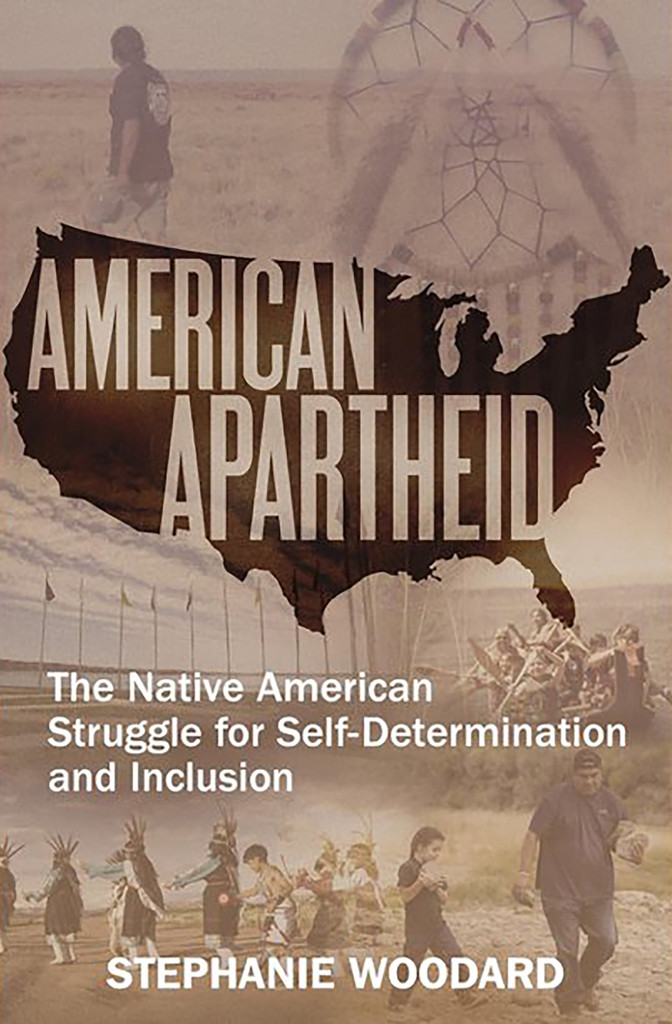 In recent years, events such as the siege at Standing Rock and the Dakota Access pipeline have thrust Native Americans into the public consciousness.

Taking us beyond the headlines, American Apartheid offers the most comprehensive and compelling account of the issues and threats that Native Americans face today, as well as their heroic battle to overcome them. Author Stephanie Woodard details the ways in which the federal government, states and counties curtail Native voting rights, which, in turn, keeps tribal members from participating in policy-making surrounding education, employment, rural transportation, infrastructure projects and other critical issues affecting their communities. This system of apartheid has staggering consequences, as Natives are, per capita, the population group that is most likely to be shot by police, suffer violent victimization by outsiders, be incarcerated, and have their children taken away. On top of this, indigenous people must also fight constantly to protect the sacred sites and landscapes that hold their cultural memories and connect their spirituality to the nation’s mountains, plains, waterways and coastlines. Despite these many obstacles, American Apartheid offers vivid pictures of diverse Native American communities that embody resilience, integrity, and the survival of ancient cultures.