Teeming with energetic drum rhythms and syncopated lyrics, the soundtrack of the Pow Wow Trail is an exciting synthesis of old and new Native American music - some songs have been passed down from one generation to the next and are sung in the traditional mother language; others feature a more contemporary sound with inter tribal arrangements.

Traditional Pow Wow Songs
Many Native American singers use the gift of song to celebrate their rich heritage as well as preserve the time honored customs and beliefs of their tribe. Their music revives the past by staying true to their roots and singing in their native tongue.

The music created by well known Native American groups - Porcupine Singers, Earl Bullhead, and William Horn Cloud - demonstrates their love of their culture and honors their tribal ancestry. Presented in their original Lakota language, these soulful songs inspire and also teach younger generations about the beauty and strength of their Lakota forefathers.

Contemporary Pow Wow Music
Throughout the nomadic history of the Plains Indians especially, songs were often shared between tribes. As more voices were included in the song, this inter tribal connection would naturally change the song itself - from that of a dedicated language to a more universal vocable style (rhythmically sung syllables) - so that all could join in.

This more contemporary style of pow wow music celebrates the voices of generations. The use of vocables (hey, yah, or lay) replaces actual words, but the songs still have the power to invoke a special meaning. This inter tribal style of pow wow music also shows the beauty of a living culture and reflects the native song's ability to adapt and evolve. 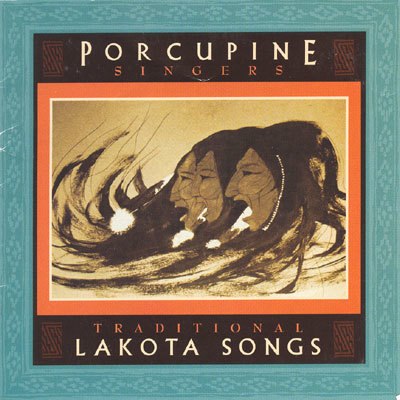