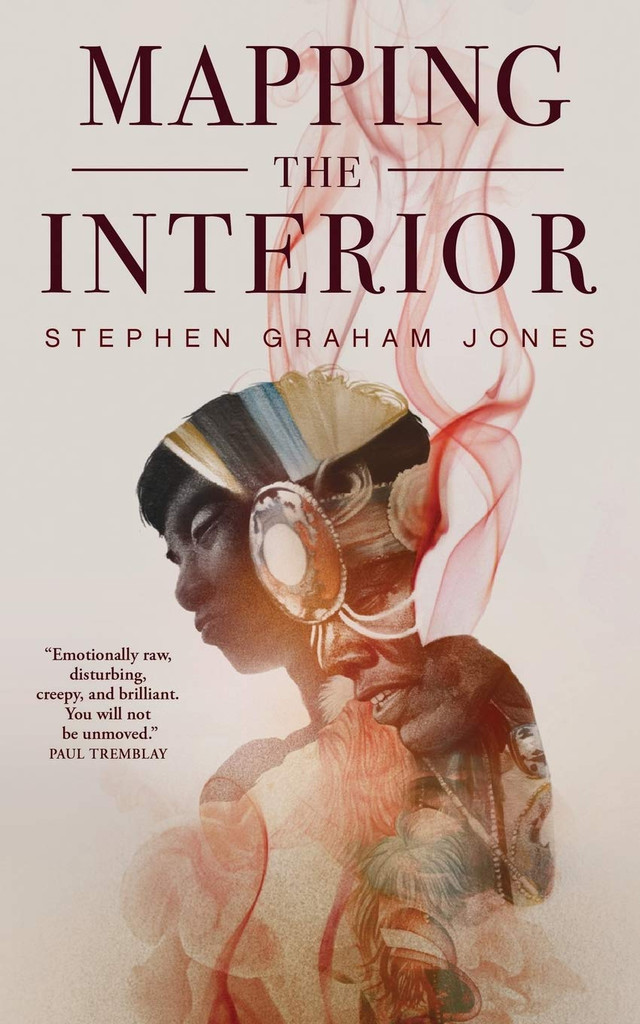 Walking through his own house at night, a fifteen-year-old thinks he sees another person stepping through a doorway. Instead of the people who could be there, his mother or his brother, the figure reminds him of his long-gone father, who died mysteriously before his family left the reservation. When he follows it he discovers his house is bigger and deeper than he knew.

The house is the kind of wrong place where you can lose yourself and find things you'd rather not have. Over the course of a few nights, the boy tries to map out his house in an effort that puts his little brother in the worst danger, and puts him in the position to save them . . . at terrible cost.

Review by Anita:
What goes through the mind of a 12 year old boy on his way to the bathroom, when he sees the shadow of a fancy dancer in full regalia walking behind him? Is it his long, lost Dad come back from the dead? Though dad had never danced, he always wanted to. Dad had been gone since he was four, there was just him, his mom, and little brother. Was the boy just sleepwalking again? To sleepwalk is to be inhabited, not by something else but inhabited by yourself. And what that tells you is “There’s a real you squirming down inside you trying to get out. But, that only happens when your defenses are down like when you’re sleeping. A boy has to investigate because there has to be a purpose to the nighttime ramblings. Otherwise you were broken, right? MAPPING the INTERIOR is a deeply emotional story of a confused little boy. This book is very much worth the read and all of the questions start to get answered. But then again you start to wonder – do they really?