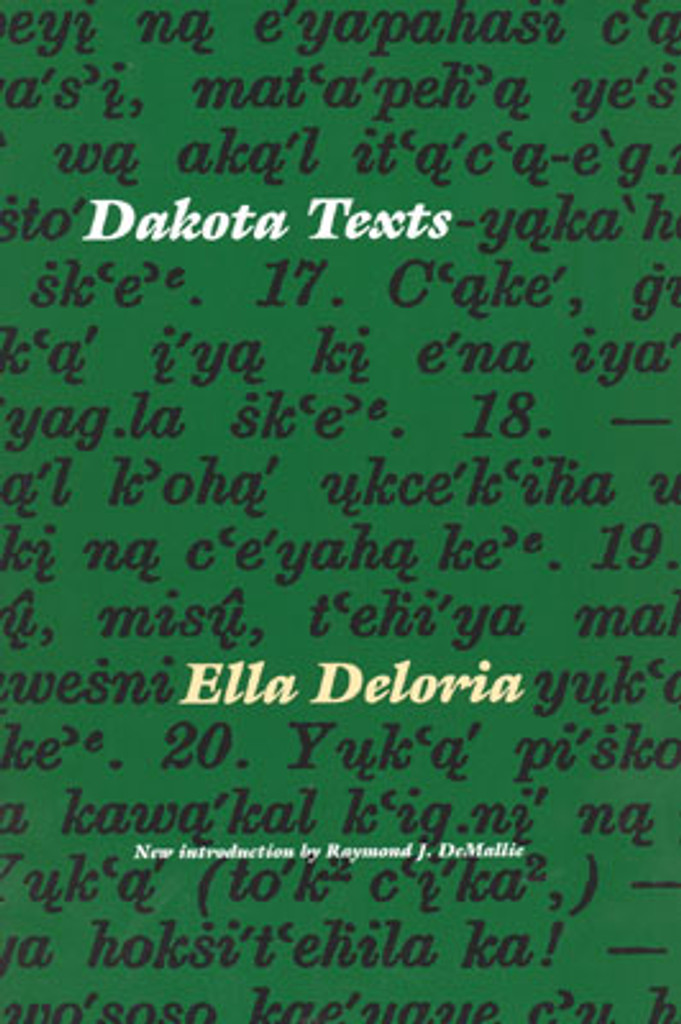 Ella Deloria's DAKOTA TEXTS, first published in 1932, is the single most important publication on the oral literature of the Sioux. The sixty four stories included in the volume were recorded on Rosebud, Standing Rock and Pine Ridge reservations from 1927 to 1931.

Ella Deloria (1889-1971), one of the first Native students of linguistics and ethnography in the United States, grew up on the Standing Rock Reservation on the northern Great Plains and was trained by Franz Boas at Columbia University. DAKOTA TEXTS presents a rich array of Sioux mythology and folklore in its original language and in translation. Originally published in 1932 by the American Ethnological society, this work is a landmark contribution to the study of Sioux tribes.