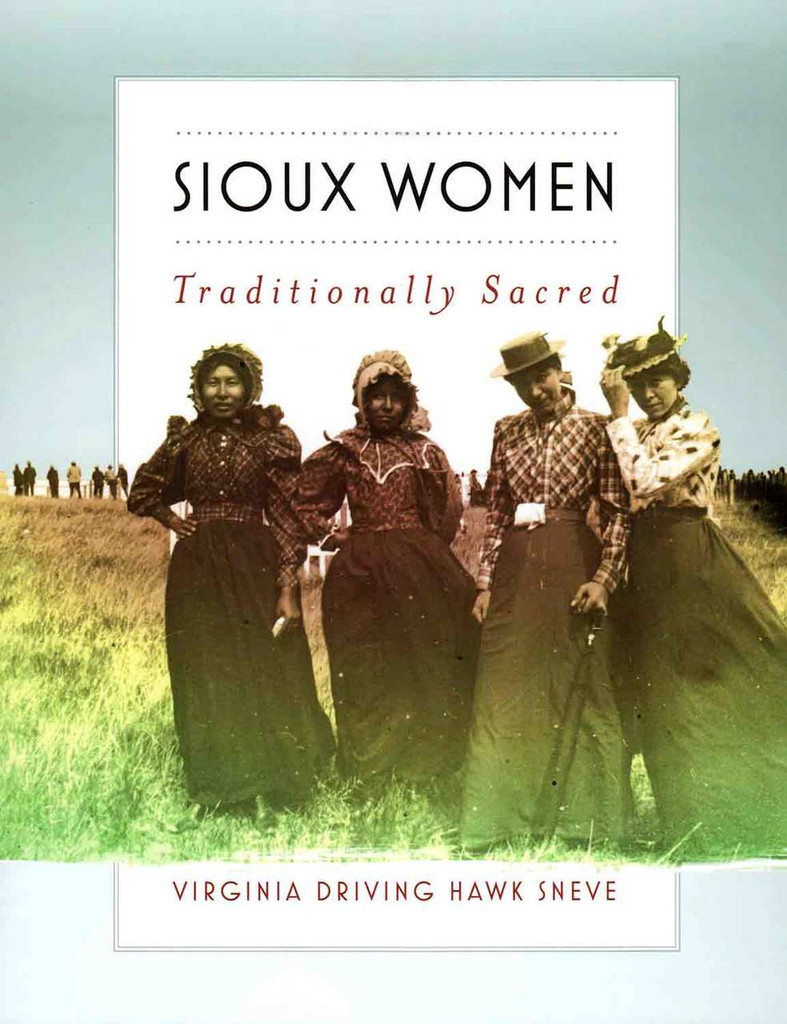 As it has been known throughout history, Sioux women have been the center of tribal life and the core of the tiospaye, the extended family. They have maintained the values and traditions of Sioux culture.

But, the women’s stories and experiences have often been left untold. Virginia Driving Hawk Sneve’s book sheds light on the struggles and joys of her grandmothers and other women who maintained tribal life as circumstances changed and outside cultures pushed for ultimate dominance.

Review by Brittany: Virginia Driving Hawk Sneve’s, Sioux Women: Traditionally Sacred is a book worthy to read for the ages. The author weaves together her own testimonials of not only just her family and ancestors, but also covers different stories of other Native women as well. In addition, it allows for readers to delve into the real struggles and joys of women who tried and fought to maintain tribal life as everything within their world morphed with the changing times of the early 19th century where outside cultures were endlessly pushing for dominance. Moreover, Sneve’s book poses as a relatable account not just about Native girls and women, but it also emphasizes the journey into what is now considered modern Indian society. Yet, even though young Native women had to adapt to white society often due to their time spent in boarding schools, they still utilized their educations to bridge the gap between two very different cultures. They became activists and educators and further gave their people a voice to be heard in a society where their values, traditions, stories, and experiences may have otherwise been untold.