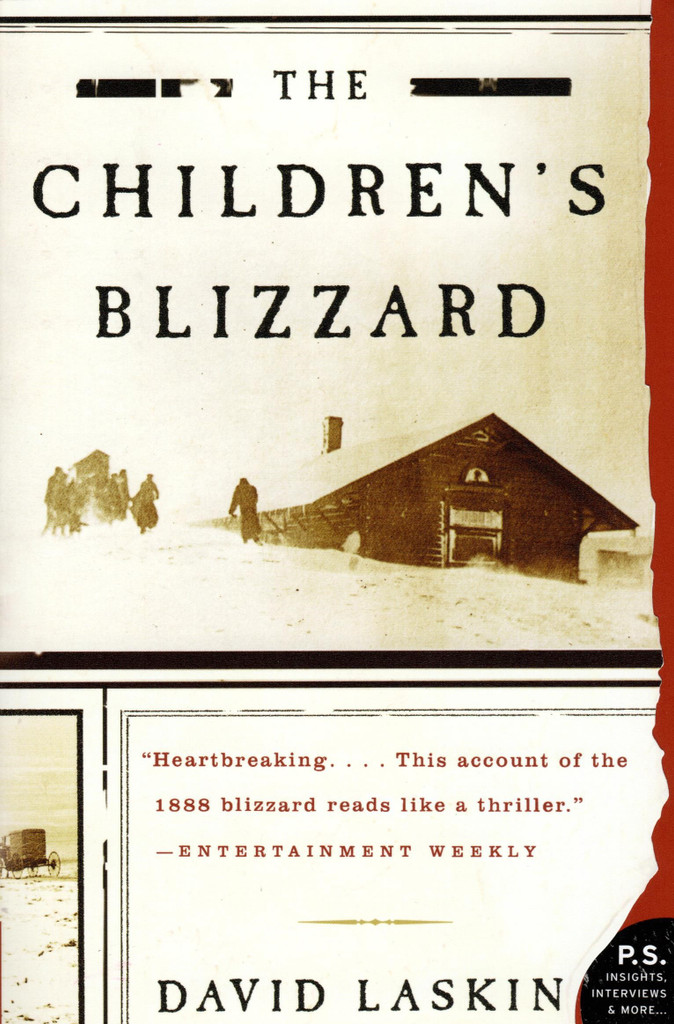 “David Laskin deploys historical fact of the finest grain to tell the story of a monstrous blizzard that caught the settlers of the Great Plains utterly by surprise. . . . This is a book best read with a fire roaring in the hearth and a blanket and box of tissues near at hand.”  — Erik Larson, author of The Devil in the White City

The gripping true story of an epic prairie snowstorm that killed hundreds of newly arrived settlers and cast a shadow on the promise of the American frontier.

January 12, 1888, began as an unseasonably warm morning across Nebraska, the Dakotas, and Minnesota, the weather so mild that children walked to school without coats and gloves. But that afternoon, without warning, the atmosphere suddenly, violently changed. One moment the air was calm; the next the sky exploded in a raging chaos of horizontal snow and hurricane-force winds. Temperatures plunged as an unprecedented cold front ripped through the center of the continent.

By the next morning, some five hundred people lay dead on the drifted prairie, many of them children who had perished on their way home from country schools. In a few terrifying hours, the hopes of the pioneers had been blasted by the bitter realities of their harsh environment. Recent immigrants from Germany, Norway, Denmark, and the Ukraine learned that their free homestead was not a paradise but a hard, unforgiving place governed by natural forces they neither understood nor controlled.

With the storm as its dramatic, heartbreaking focal point, The Children's Blizzard captures this pivotal moment in American history by tracing the stories of five families who were forever changed that day. David Laskin has produced a masterful portrait of a tragic crucible in the settlement of the American heartland.

The P.S. edition features an extra 16 pages of insights into the book, including author interviews, recommended reading, and more.