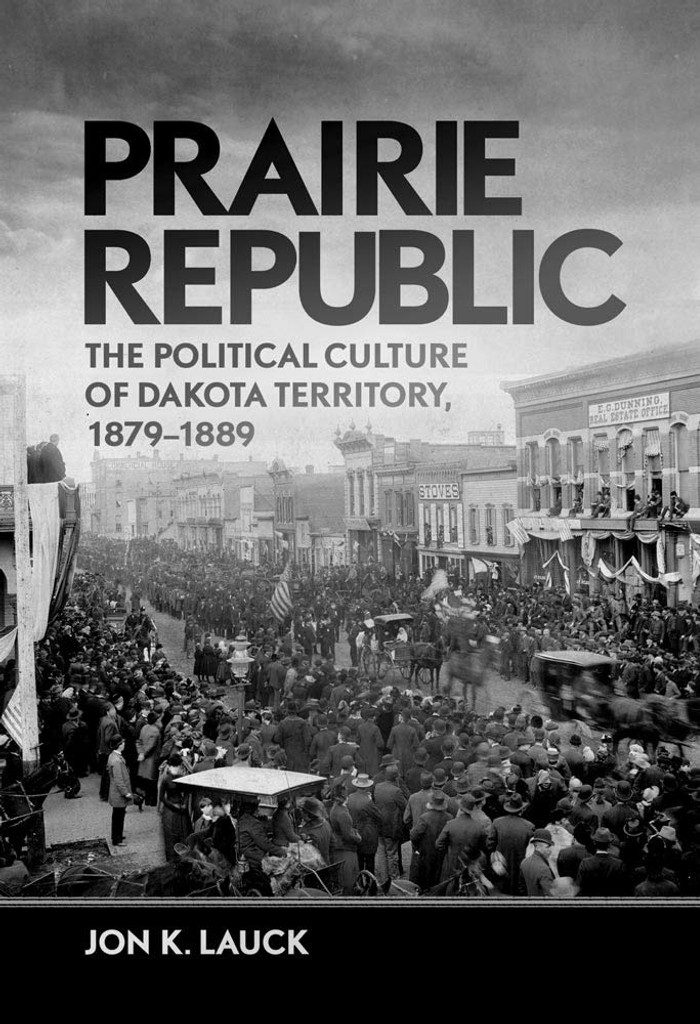 Territorial politics in the late-nineteenth-century West is typically viewed as a closed-door game of unprincipled opportunism or is caricatured, as in the classic film The Man Who Shot Liberty Valance, as a drunken exercise in bombast and rascality.

Jon K. Lauck examines anew the values we like to think were at work during the founding of our western states. Taking Dakota Territory as a laboratory for examining a formative stage of western politics, Lauck finds that settlers from New England and the Midwest brought democratic practices and republican values to the northern plains and invoked them as guiding principles in the drive for South Dakota statehood.

Prairie Republic corrects an overemphasis on class conflict and economic determinism, factors posited decades ago by such historians as Howard R. Lamar. Instead, Lauck finds South Dakota’s political founders to be agents of Protestant Christianity and of civic republicanism—an age-old ideology that entrusted the polity to independent, landowning citizens who placed the common interest above private interest.