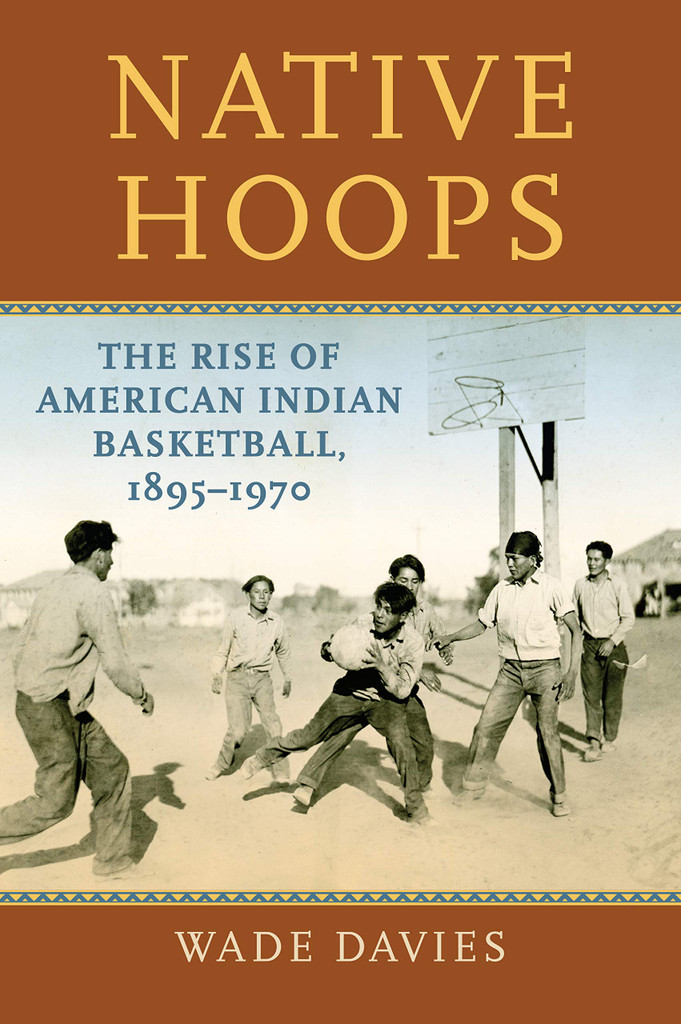 Indian basketball was born of hard times and hard places, its evolution traceable back to the boarding schools—or “Indian schools”—of the early twentieth century. Davies describes the ways in which the sport, plied as a tool of social control and cultural integration, was adopted and transformed by Native students for their own purposes, ultimately becoming the “Rez ball” that embodies Native American experience, identity, and community. Native Hoops travels the continent, from Alaska to North Carolina, tying the rise of basketball—and Native sports history—to sweeping educational, economic, social, and demographic trends through the course of the twentieth century. Along the way, the book highlights the toils and triumphs of well-known athletes, like Jim Thorpe and the 1904 Fort Shaw girl’s team, even as it brings to light the remarkable accomplishments of those whom history has, until now, left behind.

The first comprehensive history of American Indian basketball, Native Hoops tells a story of hope, achievement, and celebration—a story that reveals the redemptive power of sport and the transcendent spirit of Native culture.

“NATIVE HOOPS” is an exciting new book from Wade Davies. It explores the history of “REZ BALL” or better yet a study of the great teams and players from the Industrial Boarding Schools to local home towns heroes. Basketball got its start at the YMCA where in turn it was introduced to schools such as Carlisle, Haskell, and Chemawa Indian School. Many instructors and superintends were members of the YMCA. At first, basketball started out as mostly a girl’s game. The Fort Shaw girl basketball team went all the way to the 1904 World Fair in St Louis. Be that as it may, there were few sports female students were even permitted to play due to the fact that some school superintendents believed overexcretion from sports could do damage physically and mentally to female students.

Basketball was not forced on the Native students but was actually welcomed and pursued. Some students at the “Indian Schools” became teachers and staff members working with the Indian Office. Therefore, the general organization and management of team sports fell to them. Basketball grew so much that the superintendents called on students, Native employees, and volunteers, to help feed, equip, and transport the teams. Basketball became the Indian School game that was loved by all. But most Indian School superintendents, athletic directors, as well as coaches were men who took more interest in sports that were more male orientated, thus it became a “men’s” sport. However, the students themselves eagerly organized their own pick-up games and intermural teams. It did not matter if they were short, tall, fast, slow, male, or female - if they wanted to play, they found a way.

In “NATIVE HOOPS” you will find stories about the big named Indian schools from west coast to east coast and from the north to the south. You will have a treasure trove of information in “NATIVE HOOPS”. Not only will you gain insight about basketball but you will also learn what was happening in the country at differing time periods. Wade Davies thoroughly researched and gave us an exciting book to read not only about accomplishments over decades but also what basketball meant to Native Communities all over the United States.